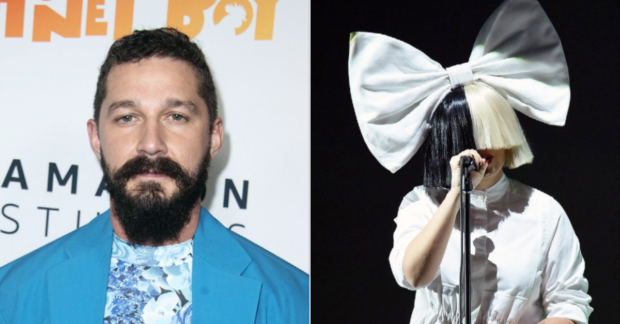 Shia LaBeouf (L) and Sia, who is accusing him of being a “pathological liar.” Image: Valerie Macon/AFP, Josh Edelson/AFP

Australian singer-songwriter Sia has voiced her support for FKA twigs, who filed a lawsuit last week against Shia LaBeouf for the alleged abuse she experienced during their relationship.

Sharing an article about the lawsuit, the “Chandelier” singer wrote on Twitter yesterday, Dec. 13: “I too have been hurt emotionally by Shia, a pathological liar, who conned me into an adulterous relationship claiming to be single.”

“I believe he’s very sick and [I] have compassion for him AND his victims,” she said. “Just know, if you love yourself — stay safe, stay away.”

I too have been hurt emotionally by Shia, a pathological liar, who conned me into an adulterous relationship claiming to be single. I believe he's very sick and have compassion for him AND his victims. Just know, if you love yourself- stay safe, stay away. https://t.co/2NNEj9w8b1

In another tweet, she told Barnett, “Also I love you @FKAtwigs. This is very courageous and I’m very proud of you.”

Also I love you ⁦@FKAtwigs⁩

This is very courageous and I'm very proud of you.

The American actor starred in Sia’s music video for “Elastic Heart” in 2015.

“[I’m] sorry @Sia this reinforces why [I] had to publicly share my experience,” Barnett said in reply. “[We] need to support each other.”

“Love you back @Sia,” she added. “[You’re] an inspiration and thank you everyone for your love and solidarity.”

LaBeouf and Barnett began dating in 2018, when she was cast in his movie “Honey Boy.” After undergoing therapy, she left him in 2019.

Among the allegations were that LaBeouf and Barnett were both in a speeding car and he threatened to crash it unless she professed her love for him. He convinced her to live with him in Los Angeles, and from there his control over her increased as she became more isolated from her friends. The alleged abuse also took a toll on her work, with her critically acclaimed album “Magdalene” delayed multiple times.

Leaving him was “both difficult and dangerous,” the lawsuit said. It took several attempts for her to escape him. In one attempt in spring 2019, LaBeouf showed up unannounced and “violently grabbed” her, locked her up in another room and yelled at her.

Included in the lawsuit was the account of stylist Karolyn Pho, an ex-girlfriend of LaBeouf’s, who also alleged physical and emotional abuse.

LaBeouf told The New York Times that “many of these allegations are not true.” However, he said he wanted to give the women “the opportunity to air their statements publicly and accept accountability for those things I have done.”

He said that he was undergoing therapy and is “a sober member of a 12-step program,” but is not “cured” of PTSD and alcoholism.

“I have no excuses for my alcoholism or aggression, only rationalizations. I have been abusive to myself and everyone around me for years,” LaBeouf said.

“We tried to resolve this matter privately on the condition that Mr. LaBeouf agree to receive meaningful and consistent psychological treatment,” Barnett’s lawyer Bryan Freedman told People. “Since he was unwilling to agree to get appropriate help, Ms. Barnett filed this suit to prevent others from unknowingly suffering similar abuse by him.”

Barnett said in the lawsuit she intends to donate a significant amount of the damages to organizations that support victims of domestic violence. Niña V. Guno/JB