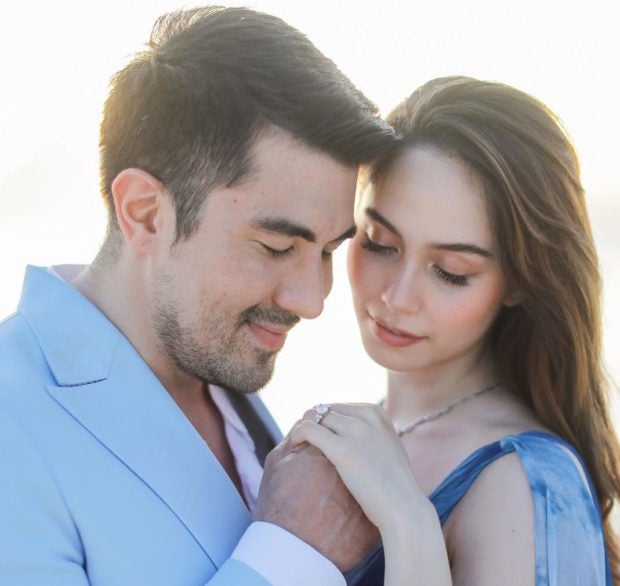 Luis Manzano has spoken up after a jewelry company claimed that it did not receive proper credit for the engagement ring of Jessy Mendiola.

The actress had tagged Manila Diamond Studio in social posts of her engagement, which was announced on Saturday, Dec. 12. Mendiola is an ambassador of the said company.

However, diamond ring company Radiant Jewelry released a statement yesterday, Dec. 13 stating that its team was the “original creators” of the said ring.

“It is unfortunate that a company would insinuate a work for something they did not do,” it said. “We feel the need to inform the public that this is our work. We are the original creators of the engagement ring of Jessy Mendiola and Luis Manzano.”

“In our opinion taking credit for something they did not do is detrimental to the industry that [has] ring makers who put their heart and soul [into] their pieces. Such a post or announcement is very misleading and unethical.”

It also showed a video of Manzano receiving the ring in the comments section of its Facebook post.

Manzano took to the comments section of the statement on Instagram to air his side. “While Radiant did help us procure the main stone, we had a completely different setting, [add-ons] and design made [through] @maniladiamondstudio.”

“So yes, the design Jessy is wearing right now is from her own design and @maniladiamondstudio.”

The host added that the “final design” was “not the one made by Radiant.”

Some Instagram users were skeptical about the fact that Mendiola designed her own ring and was surprised about it.

Manzano simply said, “[That’s] why our proposal is unique! Full story in the vlog soon! About how our proposal/ring story went.”

The couple marked their fourth anniversary last June. The proposal took place in October, they told ABS-CBN News on Saturday, Dec. 12, and they announced it with a photo shoot in Amanpulo, Palawan. JB

Read Next
LOOK: Sheena Halili gives birth to baby girl
EDITORS' PICK
Hidilyn Diaz wins weightlifting gold in Tokyo Olympics
Duterte: When I said I will fight drugs in 6 months, I thought it was like in Davao
Connect to PH’s fastest network with new Signature Plan Lite at only P599 per month
Harnessing technology for quality education
Tips for a cheerful life
Duterte warns of possible lockdown if ‘more aggressive’ Delta variant spreads
MOST READ
Hidilyn Diaz wins weightlifting gold in Tokyo Olympics
Hidilyn shoots not only for gold but also for permanent place in PH sports history
Go to war with China over West PH Sea? It will be a ‘massacre’, says Duterte
Duterte acclaims Sotto: ‘He can become a good vice president’
Follow @NGunoINQ on Twitter
Don't miss out on the latest news and information.