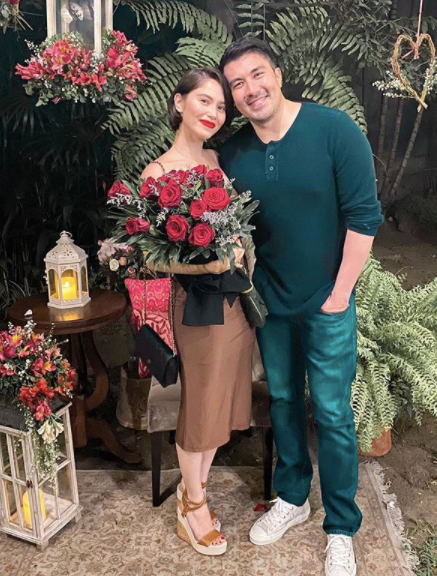 Celebrity couple Luis Manzano and Jessy Mendiola could be a step closer to marriage.

She also mentioned that Mendiola’s mother, Didith Garvida, is her second cousin.

When asked by showbiz writer Arniel Serato in the comments section about a proposal, Velez simply replied, “Meron pang Covid (There is still [COVID-19]).”

Manzano, 39, and Mendiola, 27, marked their 4th anniversary in June. The topic of marriage has come up frequently in interviews, and even friends such as Billy Crawford have teased Manzano to put a ring on Mendiola.

The TV host said in November last year on talk show “Magandang Buhay” that he did not want to rush into or force marriage.

Previously, he told the Philippine Daily Inquirer in February 2019 that he was “sure” about Mendiola, but that he wanted to “provide for her and give her the life that I think she and my would-be family deserve.”  /ra

As Vivian Velez rejoices over ABS-CBN’s fate, Isabel Rivas slams her for ‘adding insult to injury’