WATCH: Catriona Gray looks back on her 10 ‘most special moments’ as she hits 10M followers on Instagram | Inquirer Entertainment
Close
menu
search

WATCH: Catriona Gray looks back on her 10 ‘most special moments’ as she hits 10M followers on Instagram 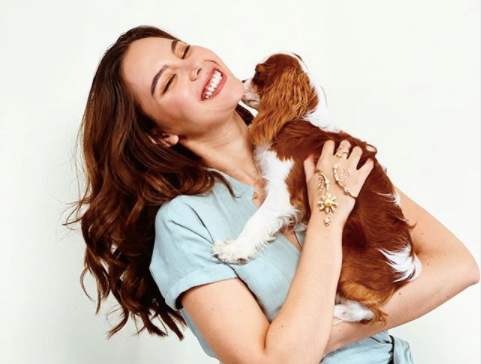 Beauty queen and singer Catriona Gray celebrated her gaining of 10 million followers on Instagram by reminiscing on her 10 best moments in the photo-sharing app. Majority of the special moments she looked back on are from her Miss Universe reign.

“Wanted to create something fun to celebrate being here with 10 [million] of you all!” Gray declared on her Instagram page yesterday, July 21.

The Miss Universe 2018 winner recreated some of her “most-liked” snapshots into a short video tribute which also showed her right from her own home.

“Thanks for always supporting me and giving me the opportunity to share my life with you!” she said. “I lava you all!”

A fun and energetic Gray showed how she starts her day, from the minute she wakes up in the morning up to when she is ready to face the new day. The singer donned several chic outfits and played with her cute dog, Theo.

“Thanks for giving me 10 million reasons to smile,” Gray wrote in the video.

The beauty queen has recently been subjected to controversy after a fake seminude photo of her was uploaded on social media. Gray has since tapped the National Bureau of Investigation (NBI) to find those who are responsible for it.

Her partner, actor Sam Milby, also defended Gray from “wrongful accusations and defamatory lies” after her ex-boyfriend Clint Bondad began posting cryptic messages on his Instagram Stories. Some of Bondad’s Stories were interpreted by fans as an indirect reference to Milby and Gray, leading to speculations about Gray’s past and present relationship.

Gray and Milby have been keeping their relationship in private until Milby’s 36th birthday, when the actor publicly expressed his love for the beauty queen. JB