Carlos Agassi gets 10 stitches after slipping in home gym 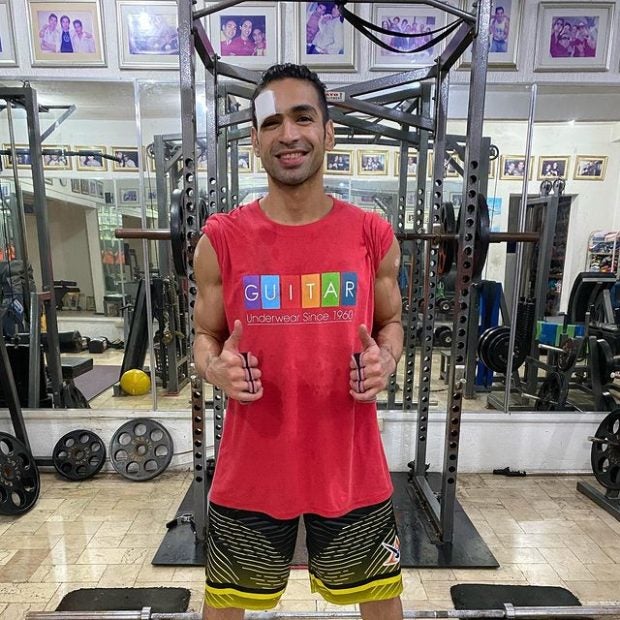 Carlos Agassi rushed to an emergency room after figuring in an accident in his home gym, which caused damage to his face and gums.

The actor sustained injuries after his rubber shoes suddenly broke, causing him to slip, as per his Instagram post last Sunday, Dec. 6.

“What a learing traumatic experience, I was just walking and smiling in our house gym and next thing I know is that I’m lying on the floor,” he said. “When I look at the mirror I couldn’t see my face but felt and tasted blood.”

Agassi also shared moments from the emergency room while his wounds were being treated. The emergency procedure included six stitches on his damaged eyebrows and another four on his gums.

“Every week before my birthday, I always get into an accident. I can’t explain if it’s coincidence, bad luck or good luck, a sign or an omen,” Agassi said.

“All I can say is that accidents do happen and it’s called an accident because nobody wanted this to happen,” he added. “I slipped cause my rubber shoes broke and I face planted.”

Despite the wounds, he explained that he still managed to drive himself with his girlfriend Sarina Yamamoto to a hospital. Following the accident, Agassi will return to the medical center to have his stitches removed on Dec. 11, a day before he turns 41 years old.

As he ended his post, he shared some words of advice with his followers.

“Stay safe, healthy, and happy. Never take the simple things in life for granted,” Agassi said while noting that he has “never felt so alive.”

Agassi started his career in the entertainment industry by joining the third batch of ABS-CBN’s Star Magic, formerly known as Star Circle, back in 1993. He last appeared in the 2019 TV drama series “Beautiful Justice,” which starred Gabbi Garcia, Yasmien Kurdi and Bea Binene.  /ra