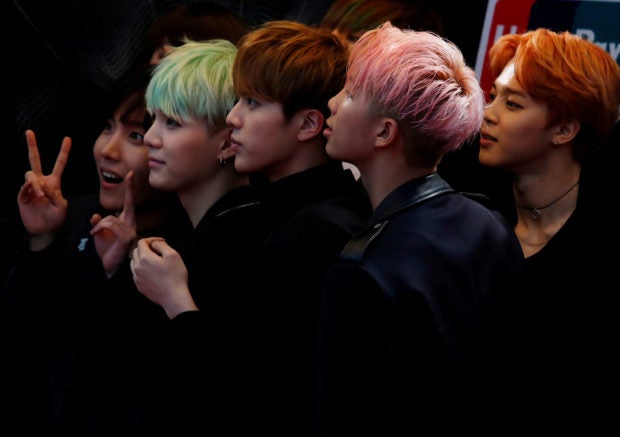 Korean superstars BTS has once more dominated Twitter in the Philippines this 2020.

In its year-end recap, the social media platform officially listed the globally adored BTS — composed of its seven members RM, Jin, Suga, J-hope, Jimin, V and Jungkook — as the Most Tweeted about K-pop group in the country. They also owned the title last year.

Although concerts were cancelled this year, #KPopTwitter never failed to light up our day like dynamite ✨

This year, @BTS_twt once again topped the list for the Most Tweeted about K-Pop groups and hashtags among Filipino fans. #ThisHappened2020 pic.twitter.com/SWxHQjFDOV

The idol group made headlines this year when their first English single “Dynamite” hit the number one spot in the Billboard Hot 100 charts. Their coronavirus pandemic-inspired latest track “Life Goes On,” off their “Be” album, became the first Korean language song to top the same chart. “Be,” meanwhile, landed on top of the Billboard 200 charts, BTS’s fifth album to do so.

We stand against racial discrimination.
We condemn violence.
You, I and we all have the right to be respected. We will stand together.#BlackLivesMatter