Top tunes from the Tinder scene in 2020 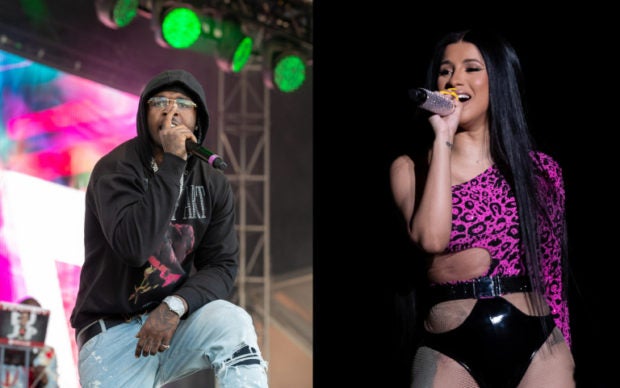 With face masks and lockdowns, dating in 2020 has been more about responsibility than spontaneity. But that hasn’t stopped hopefuls using Tinder from getting creative with ways to find a partner remotely. Many users turned to music to set the mood, as shown by a new ranking of the top-trending tracks on the dating app.

As tech-savvy singletons know, profiles on dating applications can be as dull as dishwater. While Tinder has over 57 million users worldwide, it sometimes seems like they all like travel, animals and a bit of “Netflix & chill.” So far, so unoriginal.

Faced with this sea of platitudes, some try to stand out from the crowd by mentioning certain tracks, full of innuendo, in their profiles. The platform’s hottest song is none other than the steamy “WAP” by Cardi B and Megan Thee Stallion, in which the two American rappers give listeners the lowdown on female pleasure. It’s therefore not surprising that the track has proved a major hit on Tinder since its release in August.

Other songs popular with Tinder users include “Laugh Now Cry Later (feat. Lil Durk)” by Drake, taken from the Canadian artist’s forthcoming studio album. Still, the track’s ominous title could be read as something of a warning on a dating app. So how about “ROCKSTAR (feat. Roddy Ricch)” by DaBaby or “Wishing Well” by Juice WRLD instead? These two more consensual tracks come third and fourth in Tinder’s list.

The late Juice WRLD seems particularly popular with the dating site’s users. His collab with Halsey, “Life’s a Mess,” takes 10th place in the platform’s list of “essential” songs on Tinder. The track sees the two artists talk about love and betrayal; two themes that seem particularly fitting for Tinder. The rapper Pop Smoke, who was killed in Los Angeles in February, is also a hit with the app’s users, with “For The Night (feat. Lil Baby & DaBaby)” and “Mood Swings (feat. Lil Tjay)” featuring in the list.

Here are the trending songs on Tinder in 2020:

Read Next
BTS is most tweeted about K-pop act in Twitter PH for 2020
EDITORS' PICK
Every Filipino home can now be a smart home with realme TechLife
PLDT Home Prepaid WiFi customers now under the care of Smart
Nestlé Philippines’ ‘NESCAFÉ Plan’ bags Grand Anvil at PRSP 56th Anvil Awards
Wesley So officially a US citizen
‘Pilgrim of peace’ Pope Francis heads to war-scarred Iraq
WHO: Arrival of vaccines in PH ‘a powerful step’ towards economic recovery, normalcy
MOST READ
Kris Aquino dispels rumors on son Josh getting married, thanks Ogie Diaz for defending him
LTO’s P500-M deal for screws draws scrutiny
Wesley So officially a US citizen
Ginebra trades Slaughter to NorthPort for Standhardinger
Don't miss out on the latest news and information.