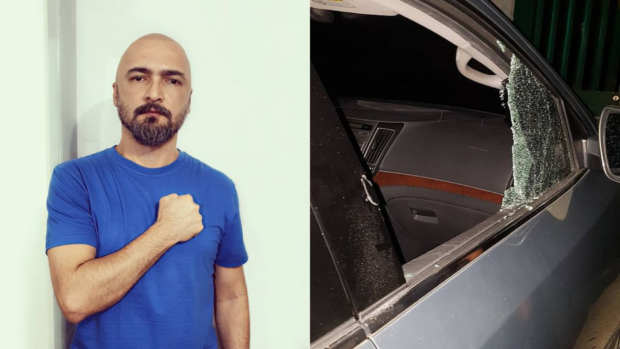 Michael Flores lost his badminton bag to thieves who broke his car’s window while it was parked outside a restaurant.

The actor showed a photo of his car’s smashed window on his Instagram page last Thursday, Dec. 3.

He explained that he had parked his car outside a restaurant after playing badminton. However, Flores did not state where the incident had taken place.

“Diyos nalang bahala sa inyo (The Lord will deal with you),” he said.

Following his post, fellow actor Joseph Bitangcol asked where the incident happened. He also shared that his car was broken into as well along Visayas Avenue in Quezon City last February. 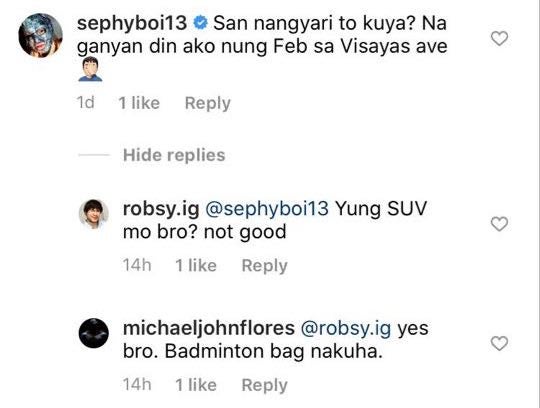 Actor Rob Sy then chimed in and asked Bitangcol if it was his SUV that was damaged. Though Sy mentioned Bitangcol in his comment, Flores also answered, noting that his own SUV was also broken into and that the thieves stole his badminton bag. Flores did not say what his bag contained at the time.  /ra

Vina Morales’ phone snatched while inside car along Edsa