Geneva Cruz defends LGBT, gay marriage: ‘We don’t choose who we are’ 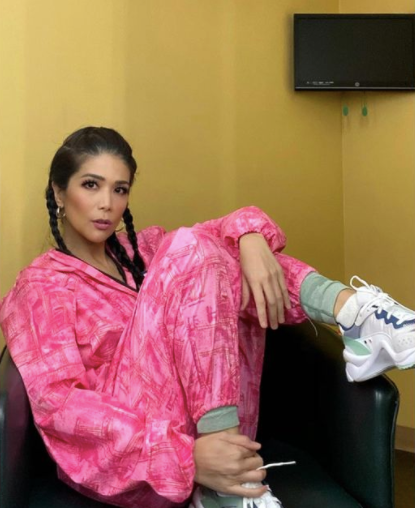 “I was called many nice and nasty things because I felt sincere happiness for this couple,” Cruz said on Instagram yesterday, Dec. 3.

“Just so you know, I don’t care what you think of me because that does not validate my existence, but thanks for spending some of your time [and] energy to hate on me though… I feel so special,” she stressed after receiving backlash for her support.

Cruz stressed that “we don’t choose who we are or who we love” as she emphasized that humans are all just the same.

“If my children were gay, I would ‘fully support’ them because real love has no labels; hindi ko sila ikakahiya o iiwan (I will never be ashamed of them and I will never leave them.)

(Though I know that they are straight, I have the same love for my friends who are part of the LGBT community. At the end of the day, we are all humans.)

Cruz also shared her stance on religious beliefs being used to condemn homosexuality by explaining her own insights on a Biblical story.

“Is homosexuality a sin? It’s an age-old question, and there are people on both sides of the debate, each quoting their Bibles. How do we know who’s right? What would Jesus do if he were here with us today? Jesus never said anything about homosexuality, so can we really say?” the actress-singer stressed.

“I’d like to propose that we can. I think there is one thing we can be sure of — Jesus loves every one of us. In fact Jesus was especially known for loving the very people that the religious people of his time had condemned and cast out,” she added.

Citing John’s Gospel, Cruz pointed out that the woman who was caught in the act of adultery was forgiven by Jesus Himself.

In the story, Jesus told the people that those who were “without sin” may cast the first stone on the woman, as a religious leader stated that adultery is a crime punished by being stoned to death.

Cruz further wrote: “One by one they all leave until he is there alone with the woman. Jesus says to her ‘Woman, where are they? Has no one condemned you?’ ‘No one, [Lord],’ she answered. ‘Then neither do I condemn you,’ Jesus declared.”

“Now, many preachers are quick to point out that Jesus next says to her: ‘[Go now and] leave your life of sin.’ But the real point here is that even though Jesus did consider adultery sinful, he still was the one who defended her,” she emphasized.

“In fact, he was the only one there who was ‘without sin’ and yet he did not cast a stone [and] did not condemn. So again, even if we think homosexuality is wrong, we know what Jesus would do in our shoes. He has drawn a line in the sand, [and] we need to decide what side of that line we will be on,” Cruz added.

Bennet announced his engagement to Vaughan on Dec. 1, sharing via his Instagram account photos of the moments before Vaughan’s proposal.  /ra

Read Next
Duterte: As MMFF goes online, may it be a beacon hope for PH cinema’s growth
EDITORS' PICK
The Best Tech Gifts For The 2022 Holidays
Is it safe to talk politics again at family gatherings? ‘The Reconciliation Dinner’ shows us what that’s like
EDITORIAL: To a bike-friendly future
House energy committee chair Arroyo bats for cheap electricity
vivo’s coming to town to grant wishes with more holiday promos
Pagasa: Warm, sunny Sunday in most parts of PH
MOST READ
LOOK: Vhong Navarro transferred to BJMP detention facility in Taguig
The Elephant Man in the Senate
Posh village as ‘shabu’ haven
LOOK: Zanjoe Marudo bonds with Ria Atayde, her family
Follow @IBiongINQ on Twitter
Don't miss out on the latest news and information.