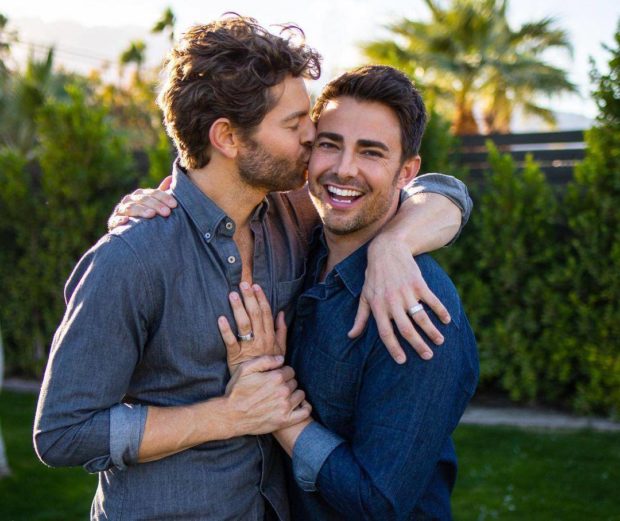 The actor, who played Aaron Samuels in the film, shared moments from Vaughan’s proposal on his Instagram page earlier today, Dec. 1.

“I said yes! And ugly cried like a crazy person,” Bennett said alongside sweet photos of them with the engagement rings.

Bennett noted that Vaughan performed an original song for him during the proposal. Vaughan also announced the good news on his own page, proudly saying, “He said yes!”

“Y’all I really am the luckiest man alive,” Vaughan expressed. “I can’t even fully process it yet. WE’RE ENGAGED!”

The couple later spoke to People about how Vaughan got down on one knee and popped the big question. Bennett explained that he was told they would be taking photos for their family Christmas cards, which is why there was a photographer with them.

However, Vaughan soon surprised him with a song he wrote for Bennett. Bennett noted that the song was special since they never found one they could call “theirs.”

“It’s hard to describe what it feels like to have a song written about you that is so specific and that reassures all your insecurities,” Bennett said. “It was the best song I’ve ever heard.”

“Every single part of the song was personal to Jonathan. Every lyric, even the structure of the melody was designed with how I knew he’d sing it raaback to me,” Vaughan added.

Bennett and Vaughan began dating back in 2017, as per Us Weekly. They celebrated their third anniversary as a couple last October. Ryan Arcadio /ra