Daniel Radcliffe on why he’s stayed off social media 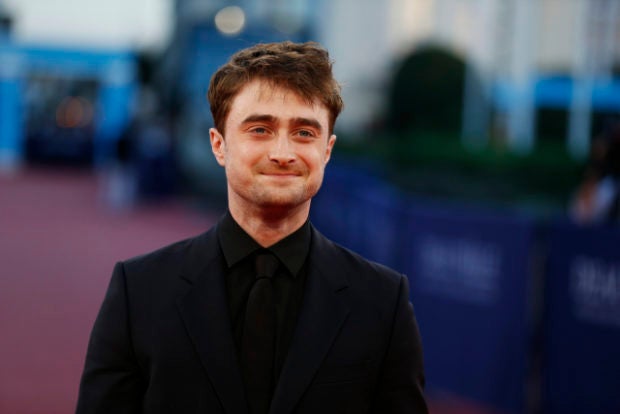 British actor Daniel Radcliffe reacts as he poses on the red carpet on Sept. 9, 2016, in the northwestern sea resort of Deauville, as part of the 42nd Deauville US Film Festival. AFP PHOTO / CHARLY TRIBALLEAU

Actor Daniel Radcliffe is one celebrity you won’t find on social media.

Radcliffe, who rose to fame for his role as The Boy Who Lived in the “Harry Potter” films, has kept a low profile through the years. Recently, however, he guested on Sean Evans’ “Hot Ones” YouTube series under the First We Feast online magazine and YouTube channel where he shared just why he has decided to stay off social media platforms all this time.

In “Explain that Gram,” a segment in “Hot Ones,” Evans usually asks guests to explain interesting pictures on their Instagram that need more context. Evans, however, admitted to the star that he’s thrown them for a loop.

“You’ve thrown us for a loop because you have no social media whatsoever to speak of and it’s probably for the best, but why have you decided to stay off the apps?” asked Evans in the “Hot Ones” episode that launched on Dec. 3.

“I would love to say there’s some incredibly thought-out intellectual reason for this, [because] I’ve considered getting a Twitter at one point and I 100% know that if I did, you would all be waking up to stories of, like, ‘Daniel Radcliffe gets into fight with random person on Twitter,’” said Radcliffe.

He added that when he was younger, he would read comments about himself on the internet and believed Twitter and other social media platforms were an extension of that.

“That is an insane and bad thing to do and to me, Twitter and everything just sort of feels like an extension of that… Unless I was gonna go on and read nice things about myself which also feels like another kind of unhealthy thing to do. Other than that, I don’t want to see things I’m [not] mentally strong enough [for], but right now, I’m kind of alright with that,” he said.

Radcliffe is also one to thwart paparazzi with his “paparazzi evasion tactics.” He told Evans that he wore the same outfit for a couple of months back when he was still doing the play “Equus” in London because the paparazzi would always try to take pictures of him.

“You’re in a situation where the paparazzi know where you are and know you will be leaving around the same time every night, so if they just want to get pictures of you looking tired and pale, which is my go-to look, then you know they can just wait by the side where you come out and take them as you leave…,” he explained.

“If I’m wearing the same clothes, they all look like they’re from the same day, so there’s no more value in it…,” he said. “Great, I’m totally comfortable wearing the same pair of jeans and this jacket for the next three months and I can do that.” Cody Cepeda /ra

With no magic wand in sight, Daniel Radcliffe fights for his life