With no magic wand in sight, Daniel Radcliffe fights for his life
Close
menu
search

With no magic wand in sight, Daniel Radcliffe fights for his life 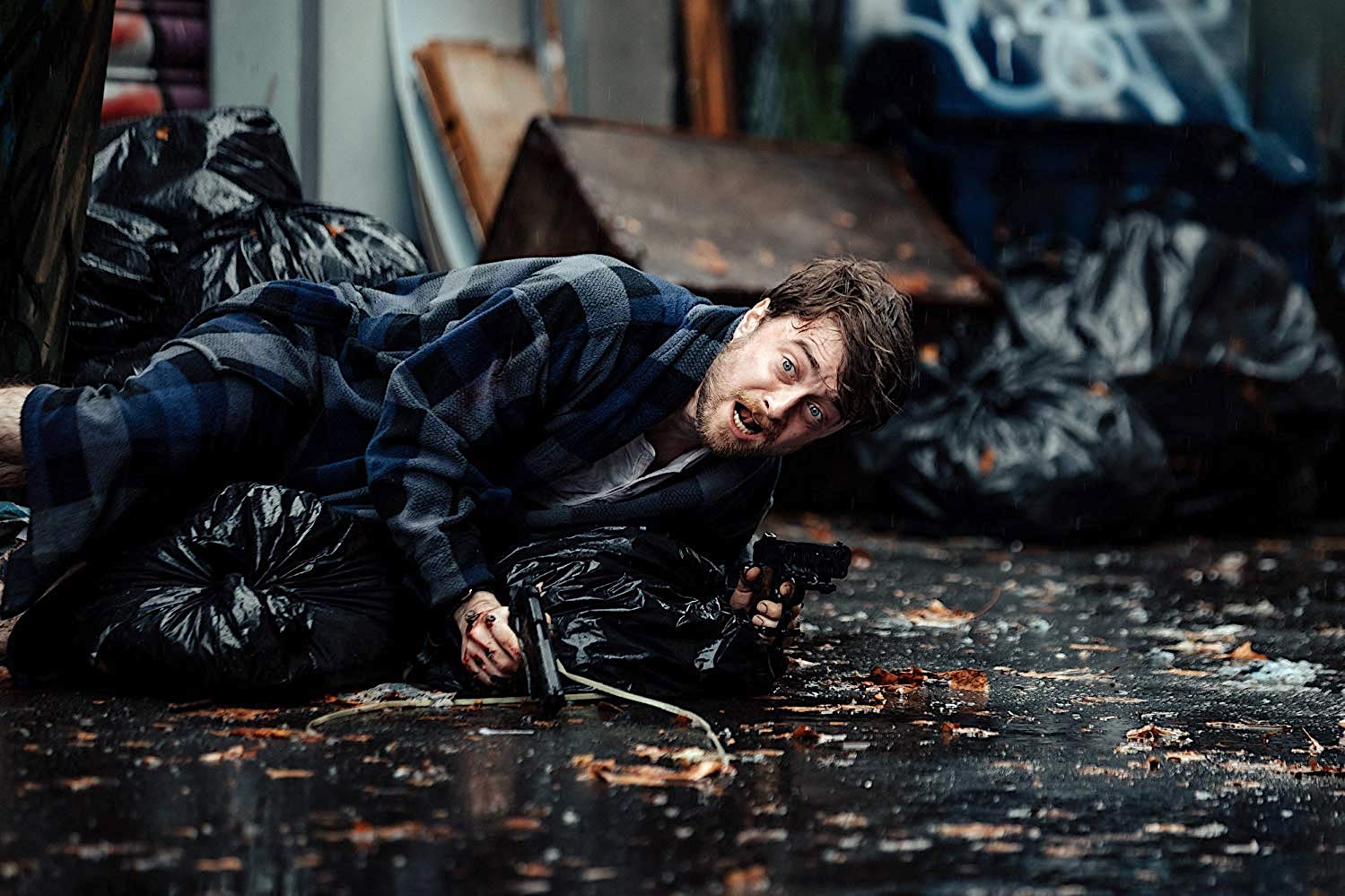 We have to tip our collective hats to Daniel Radcliffe. The 30-year-old actor, who rose to fame as the fresh-faced boy wizard in the immensely successful “Harry Potter” films, is among Tinseltown’s ex-child stars who have managed to stay out of trouble and kept themselves in the limelight.

It’s fascinating to note that among the bright and brilliant screen moppets who sadly “fell through the cracks,” either because of their failure to resist the lure of bad habits and worldly temptations or the inability to sustain their “viability” beyond puberty, are Lindsay Lohan, Macaulay Culkin, Brad Renfro, Shia LaBeouf and the two Coreys (Haim and Feldman). 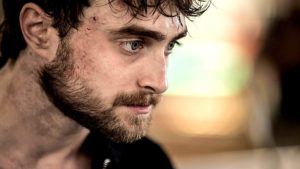 Thankfully, Winona Ryder (“Stranger Things,” “The Plot Against America”), Drew Barrymore (“Charlie’s Angels,” “Santa Clarita Diet”) and Justin Bieber (his fifth studio album “Changes” just debuted at No. 1 on the Billboard 200) eventually got their acts together. To be sure, getting temporarily derailed show biz careers back on track is no easy feat.

In Daniel’s case, he has efficiently parlayed his early success into unconventional and off-kilter adult characters that allow him to evince thespic growth and sustain his visibility in the biz.

Given how “vertically challenged” he has grown up to be

Consider some of the actor’s recent roles, onstage (Peter Shaffer’s “Equus,” Frank Loesser’s musical “How to Succeed in Business Without Really Trying” and Samuel Beckett’s “Endgame”) and onscreen (“Horns,” “Beast of Burden,” the upcoming “Escape from Pretoria”). It’s a body of work that is nothing to scoff at, to say the least.

Daniel is so committed to his craft that he doesn’t even mind doing the full Monty—as he so daringly demonstrated in “Equus” and in his current starrer, Jason Lei Howden’s “Guns Akimbo,” which begins its commercial run in Philippine theaters today. The British star did mention in interviews that the hilarious penis shots were “accomplished” by way of a prosthetic appendage.

In “Guns Akimbo,” Daniel portrays Miles Lee Harris who bites off more than he can chew after he “offends” the trolls and bullies running Skizm, an underground organization that livestreams real death matches between psychopaths and criminals.

In his dull and dreary life, Miles is a vegetarian who can’t hurt a fly. He is a gentle office worker who can’t assert himself in front of his abusive boss Zander (Richard Knowles) or his frustrated ex-girlfriend Nova (Natasha Liu Bordizzo). But he finds “empowerment” as a hero lurking behind his keyboard, trolling online trolls and insulting the goons who turn murder into entertainment.

But Miles’ world is turned upside down when Riktor (Ned Dennehy), Skizm’s big boss, tracks him down and, as punishment, drills guns into his hands! He is then given 24 hours to go mano-a-mano against Skizm’s deadliest assassin, Nix (the terrific Samara Weaving). He only has two options: Kill or be killed. 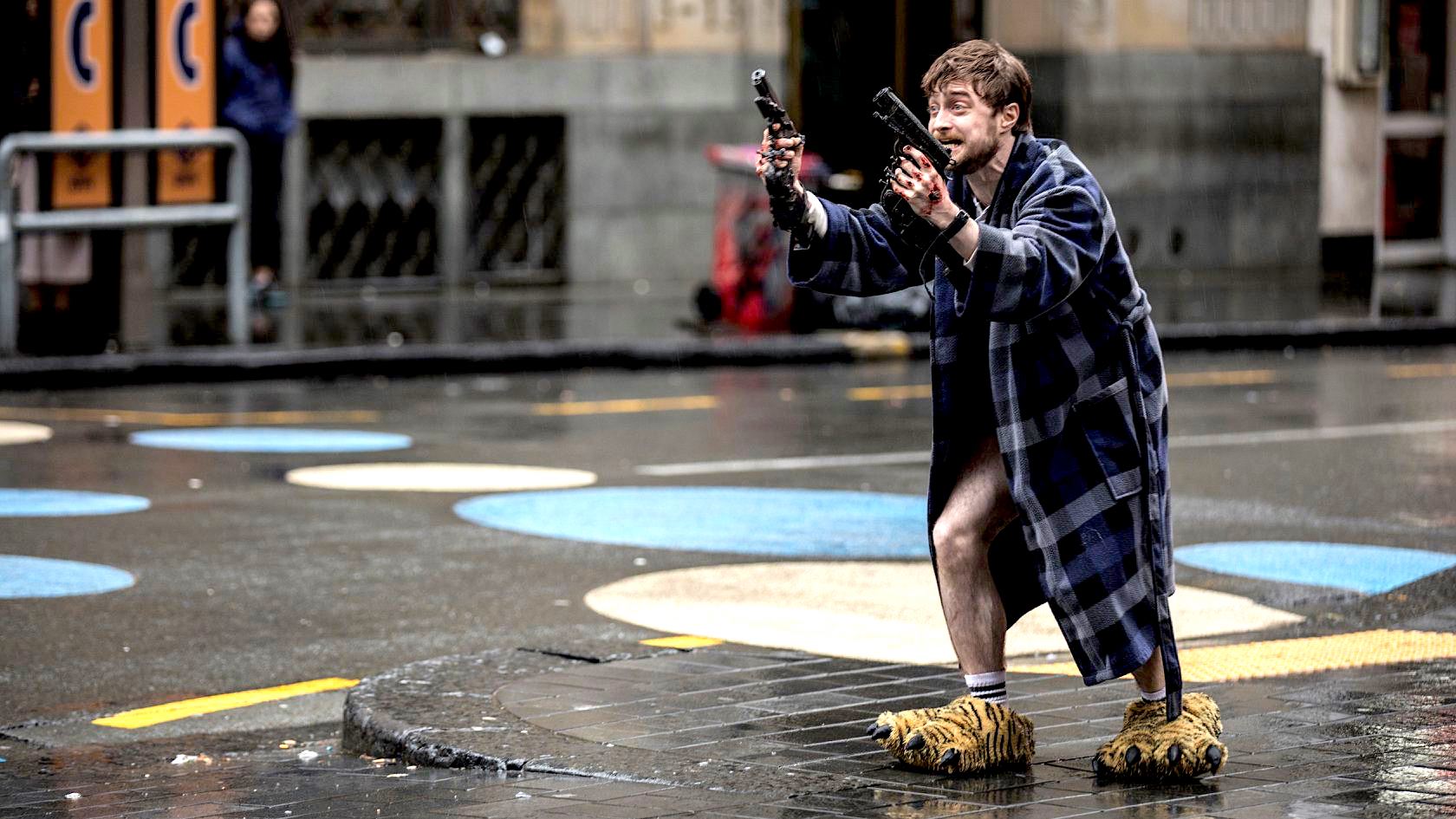 Nix, Miles’ blood-thirsty pursuer, was declared criminally insane at age 13 after her mother and brother fell victim to vengeful criminals. Thereafter, she became Skizm’s No. 1 weapon following her escape from a mental institution.

But, Nix intends to accomplish her “final mission”—to get rid of Miles—as quickly and violently as possible.

Unfortunately for Nix, there’s something about danger that brings out Miles’ deeply concealed aggressive side. It doesn’t take long before Miles becomes cyberspace’s most popular player, generating as many as one million eager followers, each wanting to see how he holds his own against the unstoppable Nix!

When the duo uncovers something more sinister about Riktor and his shady past, they realize the importance of putting a stop to the remorseless mobster’s 16-year reign. But even with guns akimbo, do Nix and Miles stand a chance against a battalion of goons?

The answer comes by way of action-packed sequences that find Daniel and Samara dodging fists, blades and bullets, each choreographed convincingly and with breathtaking flair.

The drama tying up the loose ends in Miles and Nix’s backstories is potent enough to justify their quest for justice and comeuppance—and it doesn’t hurt that the actors breathing life into them are likable enough to keep viewers rallying behind them.

But as the real world has taught us, the forces of good don’t always triumph against nihilistic gangsters in cahoots with greedy businessmen, corrupt cops and other forces of evil. Or do they?