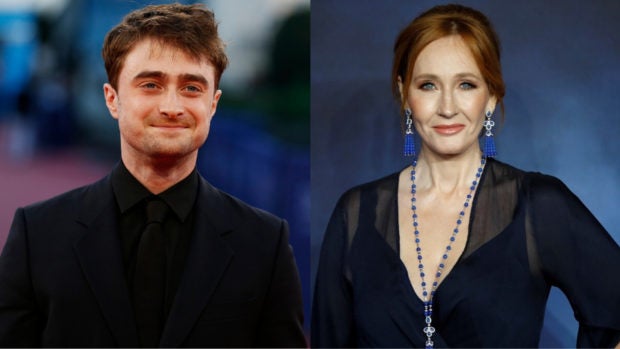 “Harry Potter” star Daniel Radcliffe responded to author J.K. Rowling’s controversial tweets about sex and transgenders, by highlighting transgenders’ and non-binary people’s struggles and uniqueness, and by emphasizing why they need support.

Rowling, author of the bestselling “Harry Potter” fantasy novels, has been recently subjected to harsh criticism for her alleged “inaccurate and cruel” posts via Twitter last Sunday, June 7.  It came after the author criticized an opinion piece that used the term “people who menstruate” in its title. She said “there used to be a word for those people” who menstruate, implying that the term is women. The author said “erasing the concept of sex removes the ability of many to meaningfully discuss their lives.” While reiterating her support for trans people, she stated that her life has been “shaped by being female.”

Radcliffe reacted to Rowling’s posts through the website of the non-profit LGBTQ organization The Trevor Project, yesterday, June 8. He said that while Rowling is “unquestionably responsible for the course my life has taken,” adding how honored he was to have worked with her, the issue is not about him or Rowling but about transgender individuals.

“Transgender women are women,” he declared. “Any statement to the contrary erases the identity and dignity of transgender people and goes against all advice given by professional health care associations who have far more expertise on this subject matter than either Jo or I.”

Radcliffe cited a statistic indicating that 78% of transgender and non-binary youth are reported to be subjected to discrimination due to their gender identity.

“It’s clear that we need to do more to support transgender and [non-binary] people, not invalidate their identities, and not cause further harm,” Radcliffe said.

The “Harry Potter” actor said he is still learning how to be a “better ally.” He also encouraged others to check out The Trevor Project’s guide to being an ally.

“To all the people who now feel that their experience of the books has been tarnished or diminished, I am deeply sorry for the pain these comments have caused you,” he said, addressing the fans of the “Harry Potter” series.

“I really hope that you don’t entirely lose what was valuable in these stories to you,” Radcliffe added.

The actor assured fans that what the book taught them is a bond between the book and its reader and that “nobody can touch that.”

“[If] you believe that a particular character is trans, nonbinary, or gender fluid, or that they are gay or bisexual, if you found anything in these stories that resonated with you and helped you at any time in your life — then that is between you and the book that you read, and it is sacred,” Radcliffe stressed. JB