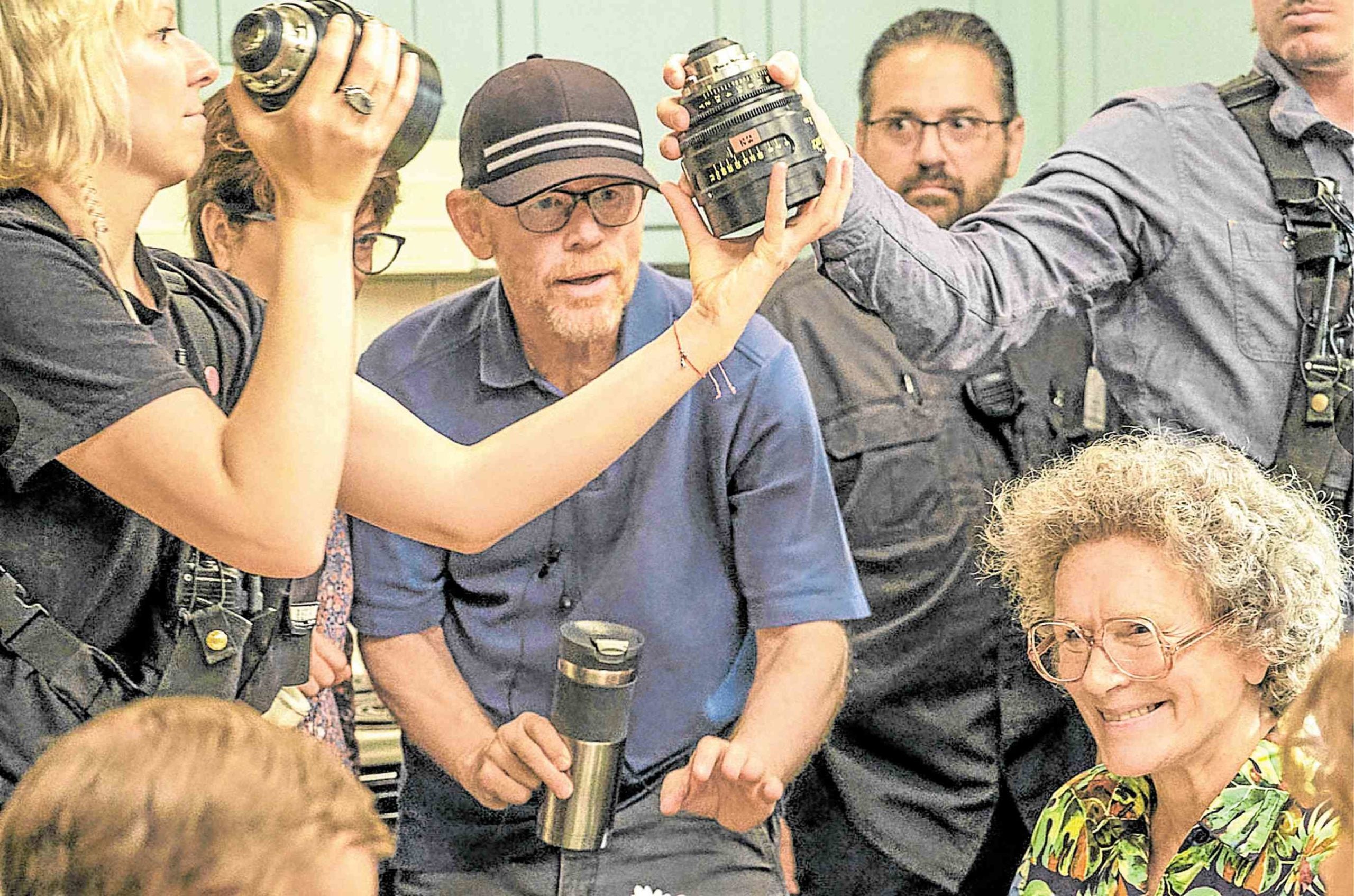 You can’t empathize with something you can’t relate to. Netflix’s star-studded, true-to-life family drama “Hillbilly Elegy” certainly isn’t something some people who grew up in urban communities can immediately relate to—from the seeming helplessness inherent in its mush to its maudlin sentimentality.

But as we told Oscar-winning director Ron Howard (“A Beautiful Mind,” “Apollo 13,” “Frost/Nixon,” “Splash,” “Cocoon”) during our recent interview with him and the film’s lead actor Gabriel “Gabe” Basso, we loved seeing the temperament and dynamics of a lot of dysfunctional Filipino families we’ve crossed paths with over the years brought insightfully to palpable life onscreen.

The film transported us back to what it was like growing up with neighbors and playmates from cash-strapped families in a rustic, third-class municipality in Davao del Sur.

Writer-critic Jorge Rivera Rubio of qiibo.com was spot-on with his review of the film. Indeed, “Hillbilly Elegy,” about Yale student JD Vance (Gabriel) who’s lured back to his hillbilly hometown to deal with his self-destructive mother Beverly (Amy Adams), may not be Ron’s best film. But it is likely his most emotional, spinning a fact-based yarn that will “resonate strongly with people having similar experiences.”

And getting Ron and Gabe to discuss the story, the casting process, and the film’s eventful shoot is nothing short of instructive—as much for film aficionados as it is for filmmakers and actors alike.

“I’ve had so many conversations with the Vance family, even before I was sure we could make a strong movie out of JD’s bestselling memoir,” Ron told the Asian press. “The biggest revelation to me was that JD felt like this was a not a story about one strong man somehow making it through hardships and self-actualizing.

“For him, it was much more a story about a man who feels that he was supported, even rescued in a way, by the women in his life who really made a difference, especially his grandmother Mamaw, played by Glenn Close. Mamaw is just a remarkably charismatic and colorful character. So, that was what really piqued my curiosity about this particular family that I felt would be interesting, entertaining and relatable for viewers, way beyond just Americana.

“As for casting, I had worked with Glenn Close before. She is among the very elite actresses of her generation, especially in the age range of our Mamaw character. She’s a friend of mine, and she told me that she had read the book and was in love with the character.

“Amy Adams, on the other hand, is somebody I’ve long wanted to work with. I began to notice that photos of Bev when she was younger look so much like Amy. But Amy was difficult to convince because the character goes through so much turmoil and causes so much pain and suffering—it’s that part of Bev she did not want to live through. Ultimately, she felt that it was a story that offered real insight and healing.

“Then, there’s the teenage JD and young adult JD as a Yale student. I needed to come up with a believable combination. I had met Owen (Asztalos) along with a couple of other young candidates who were very interesting. But when I met Gabe, I felt that he was a great fit with Owen—they looked alike enough that I could believe Owen would grow up to be Gabe.

“The challenge was for Owen and JD to create one cohesive character. So, during rehearsal, I asked them to spend some time together and read each other’s lines. I was trying to create an environment where they could study and understand each other.”

For his part, other than the opportunity of acting alongside two of Tinseltown’s finest actresses, Gabriel was more than thrilled and grateful to fill his portrayal with JD’s time-honed wisdom and voice of experience. In fact, meeting JD helped Gabe fit and slip into his character like second skin.

“I spent some time with JD,” Gabe disclosed. “The information in the book and on the script was definitely there for me to draw from. But I truly enjoyed my conversations with JD because of the things he didn’t put in the book, like the stuff that happened when he was in the Marines. They were things that I really enjoyed hearing over a bottle of beer (laughs).” 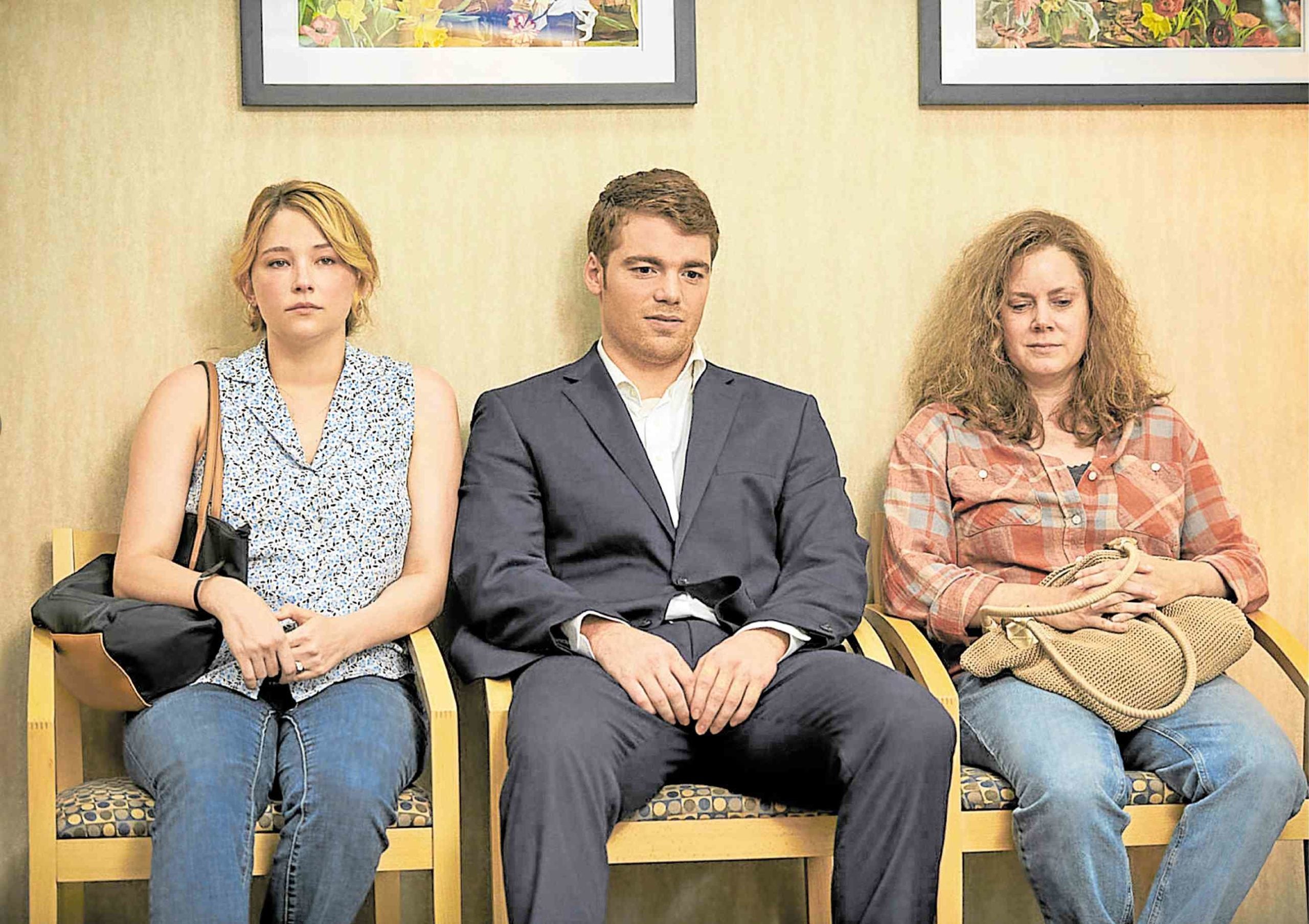 Here’s the Q&A from our video chat with Ron and Gabe:

Gabriel, for any relative newcomer, it doesn’t get better than having a huge break like this role. Weren’t you intimidated by acting alongside Glenn and Amy, or by having Ron Howard as your director? You’ve pretty much held your own here.

Gabriel Basso (GB): Thank you for saying that. It was a little nerve-wracking in the beginning, definitely. My very first scene was cut for a reason (laughs).

I just remember coming back [to acting] because I hadn’t been in anything for seven years, so to be a part of this was a huge blessing. They definitely made me feel comfortable and respected me from start to finish, which really helped me just jump into it.

Ron Howard (RH): Oh, gee, I just want to add one thing. Gabriel is a thoughtful, intelligent guy in addition to being talented. I spent a lot of time talking to him, not just to develop his understanding of the character, but also so that I could make this world as authentic and realistic as it possibly could.

Both Gabe and Haley Bennett (playing his sister Lindsay, who begs JD to come home after their mother ODs) were very valuable to this production because they lived through versions of this family in blue-collar, working-class communities—which are similar to, like you said, those of some Filipino families you know.

They had their own versions of these kinds of relationships and circumstances within their immediate or extended families, so they contributed a lot creatively beyond just the characters they portrayed and the performances they turned in.

Both “Hillbilly Elegy” and your latest docu “Rebuilding Paradise” (about the devastating wildfires in California in 2018) are about small-town people in today’s America. Is that the theme you’re interested in these days?

RH: I’ve been interested in it for a long time because those are my roots and the roots of my wife Cheryl. My family came from a small agricultural town in Oklahoma. My wife’s family is from agricultural towns in Wisconsin and Louisiana. So, between our families, I just recognized a voice, a sound, a sensibility, a strength and some weaknesses that I felt I understood.

I was eager to find a story where I could apply my understanding to a set of characters. Then, I found “Hillbilly Elegy” and, simultaneously, I wound up making the documentary about Paradise, California, and the wildfires, because my mother-in-law had actually lived there in the last four years of her life. I recognize those people and wanted to tell their stories.

So, all of a sudden, in this one period of a year and a half, I was telling two stories about this segment of American society, which isn’t often in the spotlight of contemporary storytelling. Some of them are plagued by specific economic hardships and patterns of trauma and dysfunction that are unique to their culture and are worthy of understanding. 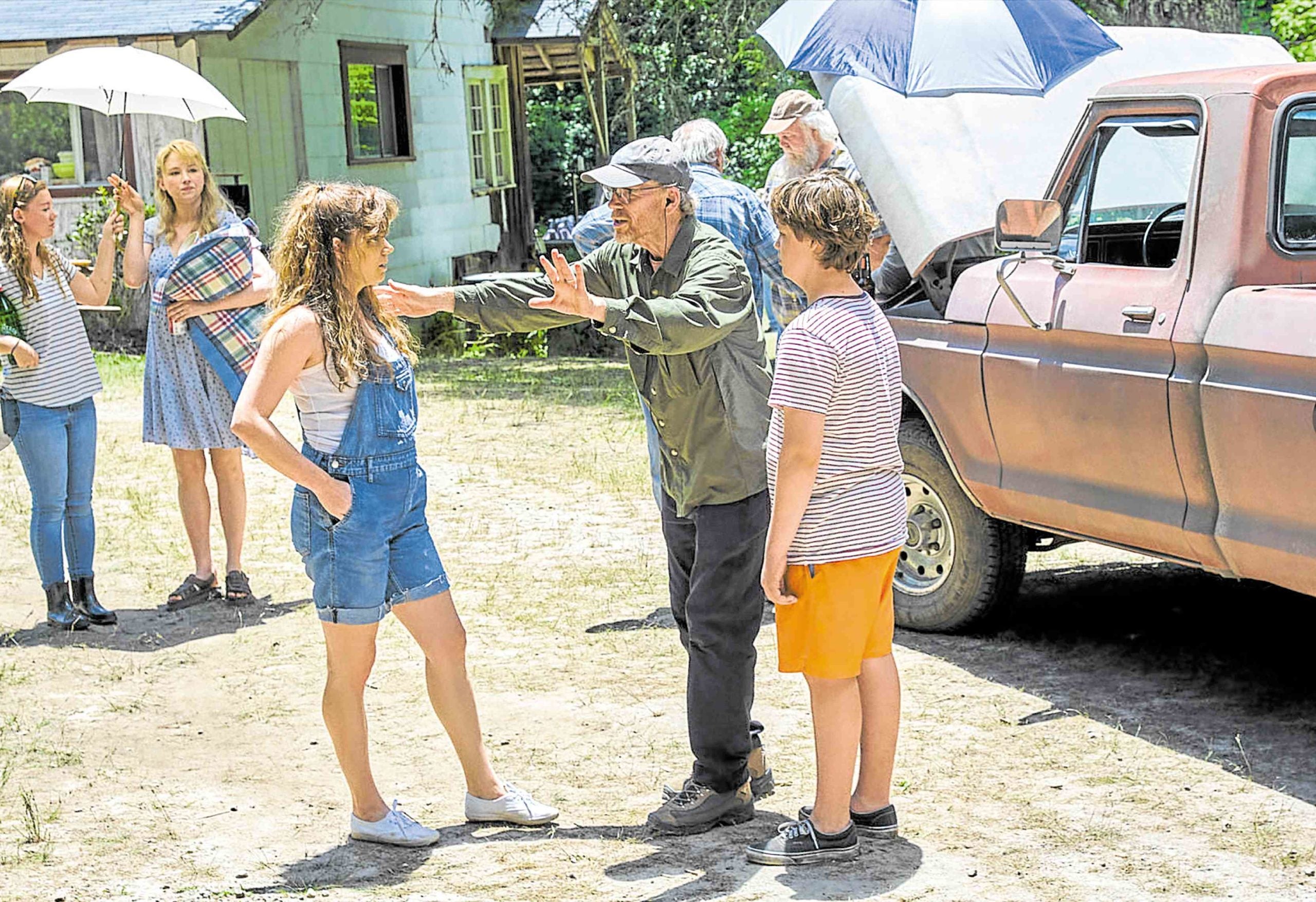 Casting Owen Asztalos as the young JD was a stroke of genius. Do you think your approach to directing kids is informed by your experiences as a former child actor?

RH: Definitely. I was very fortunate [to have those experiences]. My father was an actor, but he was also a very natural, intuitive acting teacher. And the one thing that he did, even when I was very young, was help me understand what the scenes were about—it wasn’t about performance. It was about being a part of a story. And I try to share that with young actors when I’m working with them.

People underestimate kids. I’ve directed kids from ages 3 and older. You know what I’ve discovered? Around 5 and 6, a child who’s interested in acting and who enjoys being on a set begins to understand make-believe and acting, and what it is to help tell a story. He understands the difference between what’s real and what’s for the camera, but that it has to seem like it’s real.

It isn’t that hard to get young kids to understand this, not just in a way where they’re making faces or pretending to cry. But, in situations where they’re actually inhabiting those scenes, that’s very exciting for me to see.

Owen has done a lot of work, but he’s never played a dramatic character like this. And he’s such a good student … so interested and passionate about it all. I think he’s got a bright future ahead. But it was fun to see him grow as an artist through this process and, of course, he’s spending all of his time working with Glenn Close and Amy Adams, so he’s getting good guidance. They’re pretty good references.