'The Missing' will be a hair-raising ride for everyone! | Inquirer Entertainment
Close
menu
search

‘The Missing’ will be a hair-raising ride for everyone! 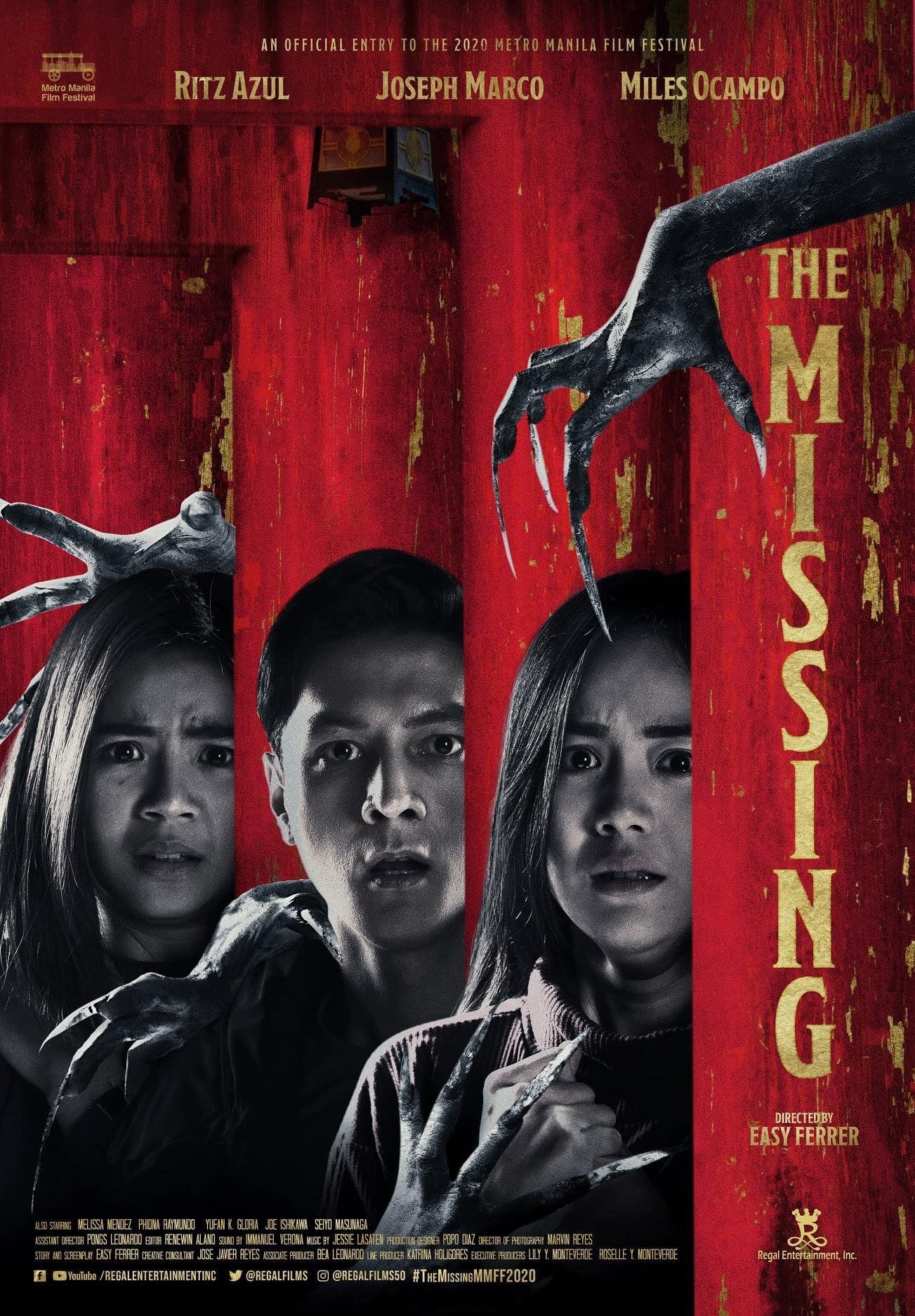 I find it interesting that ever since Japanese-made horror movies made their way into our shores–like ‘The Ring’ in the late 90s–they have still not lost their appeal, fandom, and popularity among moviegoers. There is no question that ‘The Missing’ starring Ritz Azul, Miles Ocampo, and Joseph Marco from Regal Entertainment, Inc. is a direct influence of that groundbreaking horror movie and of other movies from its ilk. That legendary horror movie from the Land of the Rising Sun definitely has not let loose its “claws” in popular culture and has influenced so many moviemakers since then. In fact, the original ‘The Ring’ can still scare people to this day with its disturbing, unsettling, and uncomfortable imagery and scenes. I dare you to watch it alone at night.

Now, ‘The Missing’–if my memory serves me correct–could be the very first horror movie from the Philippines that was shot in Japan which only adds to its authenticity and of paying homage to its major influences, movie-wise. The presentation, vibe, and atmosphere alone of the official trailer of ‘The Missing’ feel right to me, got my attention and are convincing enough that as a horror fan, I will definitely watch this movie when it is available online via Upstream.ph beginning on December 25, 2020.

I am happy that in this year’s MMFF there is a horror-themed entry, namely ‘The Missing’ from Regal Entertainment, Inc. This not only adds diversity among the chosen finalists but the horror-genre as a whole has always had a huge and loyal following in the Philippines because this is one of the few movie genres that can elicit the rawest, unguarded, and purest responses from moviegoers. If ‘The Missing’ is meant to be a horror movie, then by all means, the moviegoers can expect nothing less than to be scared out of their wits. People want to get scared, spooked and frightened because those reactions are what gives moviegoers their greatest roller-coaster ride in the cinemas. This is where the movie experience comes in.

Regal Entertainment, Inc. has always had an excellent track record of creating, producing, and releasing horror-themed movies for over 30 plus years that have pushed the boundaries of the movie genre itself here in the Philippines to bigger and better heights. Natural progression are the keywords here that with each subsequent release of a horror-themed movie from them, they only continue to push forward the genre itself to what it should be and that is something to be taken more seriously by everyone.

I am going on the record in saying that the scariest local movie I have seen in years came from Regal Entertainment, Inc. under the helm of Mother Lily Monteverde and Ms. Roselle Monteverde. It was none other than ‘The Heiress’ starring Janella Salvador. I believe ‘The Missing’ will follow that signature formula of being a horror-themed movie that is not only full of scares, superb acting, relatable onscreen characters, beautiful cinematography, fluid direction, and smart writing. In short, I expect ‘The Missing’ to be a sophisticated scare fest. Obviously, it will not be a s*** fest that has no substance as other horror movies that have come our way had been! Pardon my language on that but sometimes I have to be as blunt as possible.

‘The Missing’ starring Ritz Azul, Joseph Marco, and Miles Ocampo is bound to be one of the favorites in this year’s MMFF. Go watch it online via Upstream.ph beginning on December 25, 2020.

It will be a hair-raising ride for everyone!