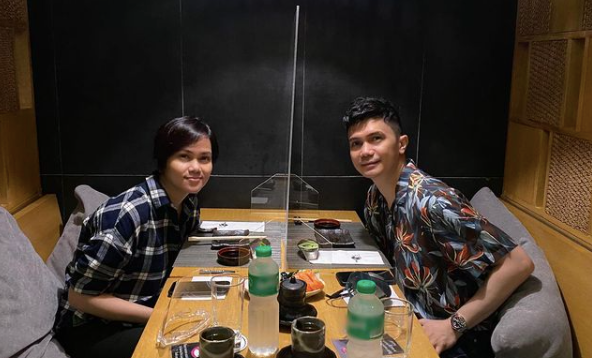 Actor and television host Vhong Navarro and his wife, screenwriter Tanya Bautista, celebrated their first wedding anniversary by eating out at a restaurant last Sunday, Nov. 29.

The married couple took to their respective social media accounts to give fans a glimpse of their simple yet special date amid the pandemic.

Navarro’s post was aptly accompanied by a photo of him and his long-time sweetheart having their said date at what appears to be a Japanese restaurant.

Bautista likewise shared a moment with her husband on her own Instagram page, saying, “[One] year na. Good job tayo (We did a good job)! [emoji] I love you so much!”

The star-studded ceremony was also attended by Vicki Belo, Hayden Kho and their daughter Scarlet Snow, as well as by John Lloyd Cruz, who was in an indefinite hiatus from the limelight then. JB

Read Next
‘The Missing’ will be a hair-raising ride for everyone!
EDITORS' PICK
BOI calls for more manufacturing companies to repurpose facilities and help reshape COVID-19-stricken economy
DOH reminder: Covid-19 vaccine ‘not a magic pill’
Through the lens of BJ Pascual: From famed celebrities to young business magnates
CopperMask helps block coronavirus in airborne droplets in style
US health officials: More data needed on UK variant warning
DND sees AFP gaffe in UP Red-tagging
MOST READ
Cavite gov’t weighs airport deal termination
Why Kris Aquino sleeps with her pearls
Dustin Poirier knocks out Conor McGregor at UFC 257
Parlade targets universities after fiasco with beauties
Follow @IBiongINQ on Twitter
Don't miss out on the latest news and information.