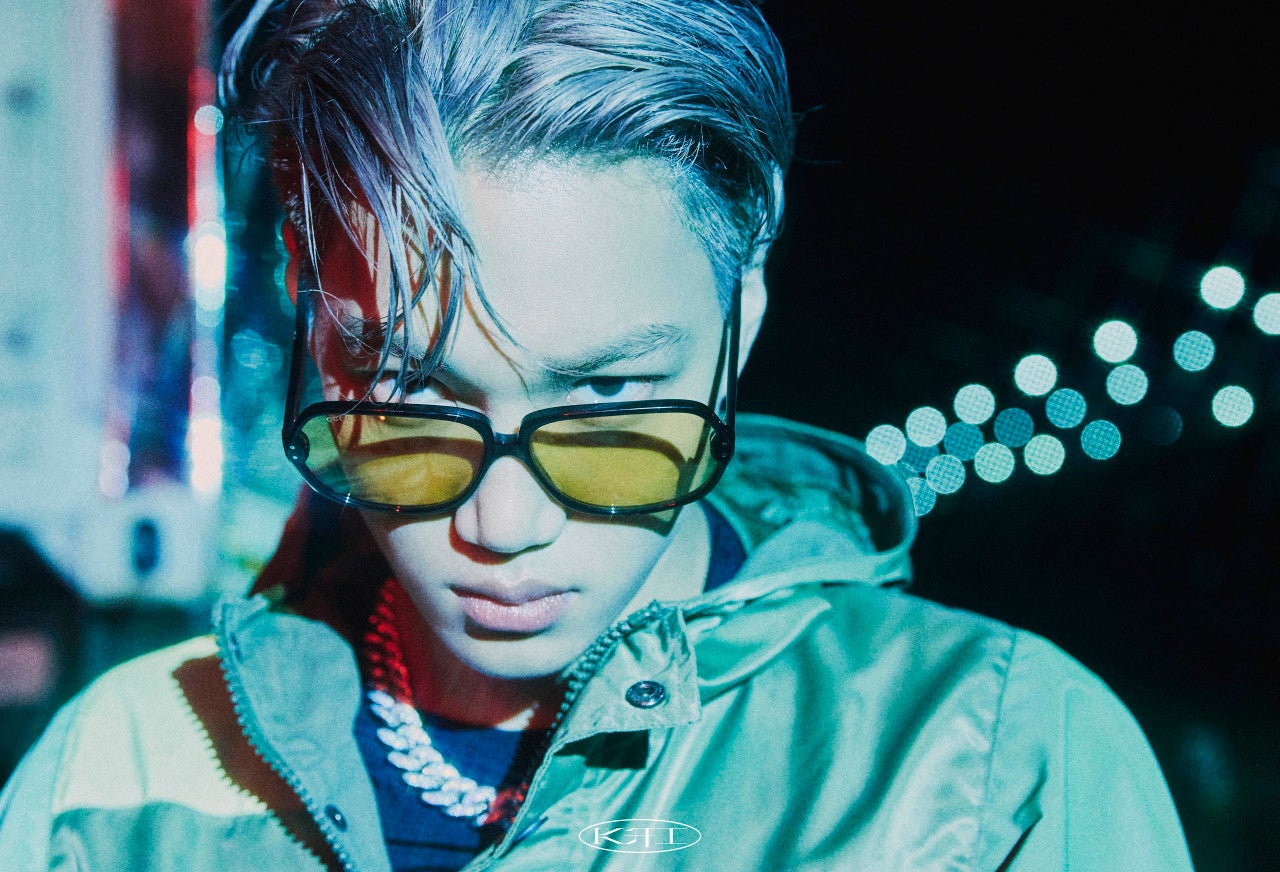 Teaser image for “Kai” (S.M. Entertainment) via The Korea Herald

“The album comprises stories that Kim Jong-in (his real name) wants to reveal to the world through Kai,” the 26-year-old artist said during an online press conference Monday morning.

Resembling the stylish yet powerful energy of Kai, the upcoming album will showcase six R&B pop tracks, which the singer said “will make listeners naturally groove to the rhythm.”

Emceeing the event, Kai’s EXO bandmate Baekhyun, a million-seller soloist himself, said he “felt like chilling in some vacation resort” after listening to Kai’s songs.

Heading the mini-album is “Mmmh,” which voices the honest heart of a person drawn to a stranger at first sight.

“It’s a very catchy song, which made me keep on unconsciously humming the hook, ‘mmmh,’ after hearing it. Although it has a relaxing vibe overall, it also showcases a contrastingly astonishing and sexy performance,” Kai said about the title track.

Each of the other five songs also embodies his personal stories, with “Hello Stranger” singing about his sources of inspiration and “Reason” talking about his will to achieve his goals and deliver his messages, no matter what others think about him, he explained.

Also on the album are “Nothing On Me,” “Amnesia” and “Ride or Die.” 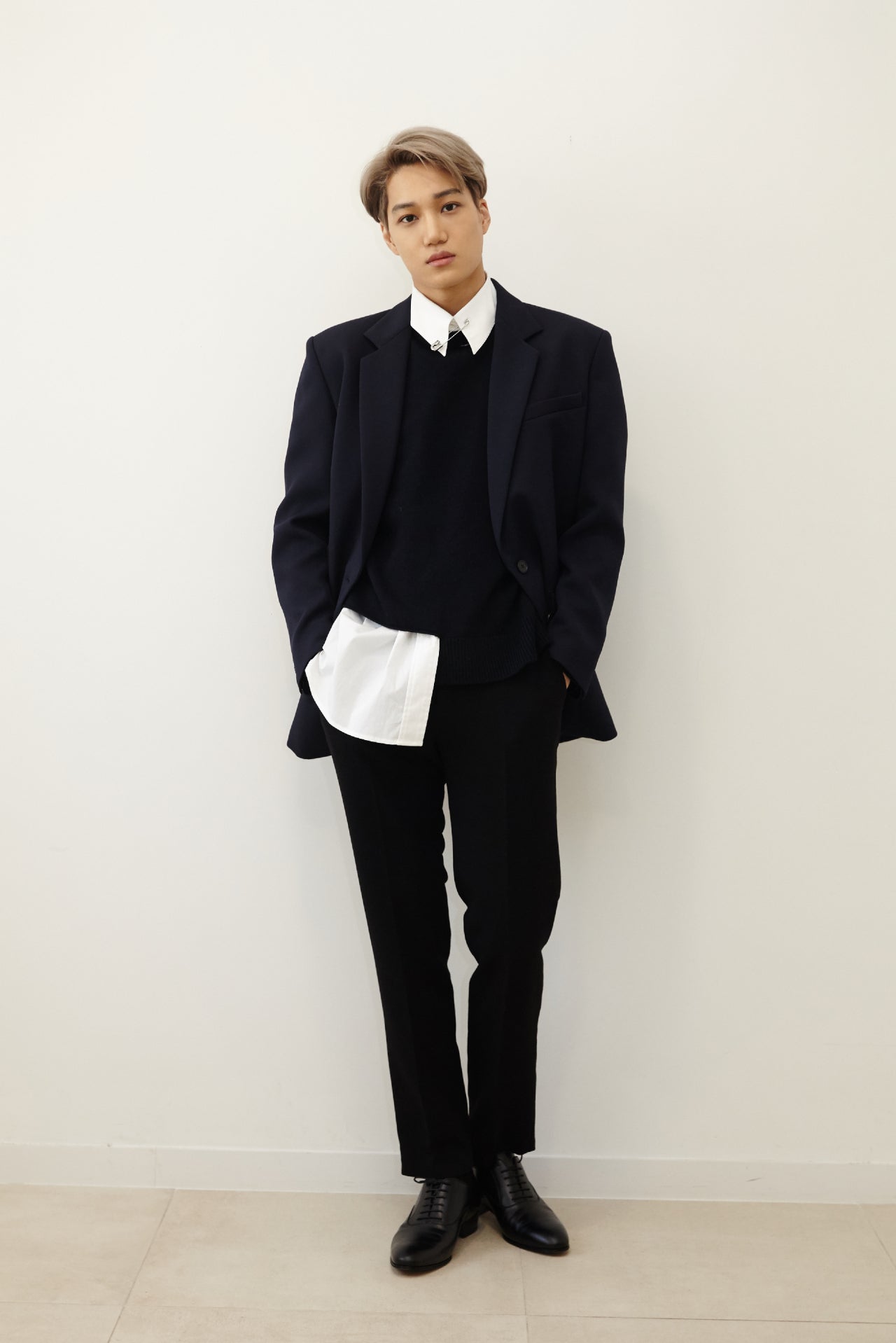 A distinguished dancer, Kai came up with the choreography for all six tracks.

“Although they’re all R&B songs, it’s all different and I thought about how I could best show my voice and tone on the stage. I hope people look forward to the stage performances as well.”

Kai said he was heavily involved in the fashion choices for the music videos, as he uses fashion as a tool in performing.

“I used fashion to grab viewers’ attention and help them understand my performances. For example, in the teaser video “Film,” my outfit changes from white to red. Rolling on the ground in white clothes, it implies I’m thinking deeply about something. As the clothes get dirty, it turns to red in the climax of the video, showing the blanks of my mind have been filled up.”

With almost all elements of the album hand-picked by Kai, the artist said the EP is literally him. That is one reason he chose the simple three-letter title for his first solo album, he said.

“I wanted to show the music, dance styles, fashion and visual arts that I like as a solo artist,” he said. “I don’t have a huge goal set for this album but just want to introduce my charms as a musician to a larger audience.”

Although he’s standing solo, Kai said he received much help from his bandmates and fellow artists with his agency, S.M. Entertainment, including Taemin of SHINee, who went solo in 2016.

Referring to his eight bandmates, who are mostly focused on solo activities either as actors or musicians, Kai said, “I’m looking forward to the day when we will come together again, upgraded as individuals, and the synergy we will make then.”

To that Baekhyun added, “I’m anticipating we’ll all become more stable and earnest people by then.”

While the Chinese character “Kai” means “to open,” Kai said he hoped this album would be a chance for more people to discover him.

“I want to engrave the name ‘Kai’ into the minds of the public. Although I like myself as Exo’s Kai, I also want to be remembered as just myself. I hope people not only find me a distinguishable and talented person, but also a ‘happy young man,’ as happiness is the No. 1 value in my life.”

Although he is looking forward to opening himself up to a wider audience, Kai did not forget to thank his devoted fans in Exo-L, saying they were the driving force behind the album.

Wrapping up the media event, Kai couldn’t put his feelings into words, saying only that he would do his best in his upcoming activities.

“I think I’ve been just too busy preparing for the album and taking on other schedules to feel something. I expect all the emotions will swoop in on me after I finish the solo activity. I just hope to complete everything without getting hurt,” Kai said.

The six-track album was scheduled for release at 6 p.m. Monday.