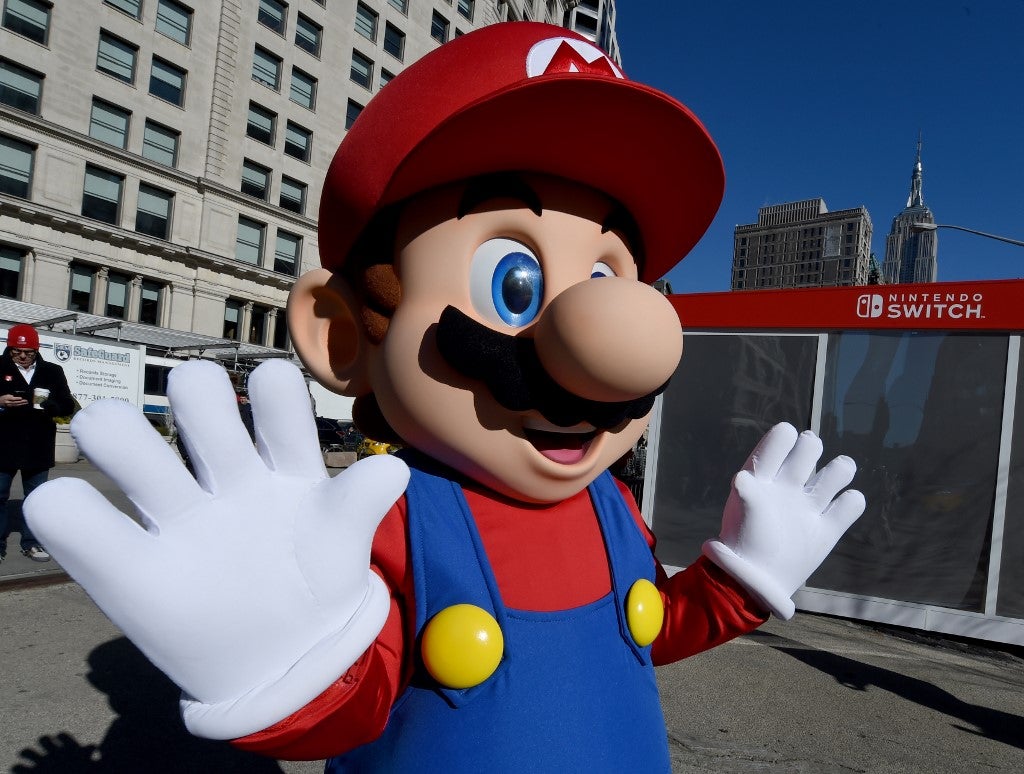 Mario from Super Mario Bros. poses for pictures as the Nintendo Switch is unveiled at a pop-up Living room in Madison Square Park in New York on March 3, 2017. (Photo by TIMOTHY A. CLARY / AFP)

Featuring a real-life Bowser’s Castle and an interactive “Mario Kart” ride, the attraction in the city of Osaka was originally planned to open in July 2020 ahead of the Tokyo Olympics, with huge droves of visitors expected.

But the long-awaited “Super Nintendo World” zone at Universal Studios Japan was delayed by the coronavirus pandemic along with the Games, which will now be held next summer.

Now Nintendo fans can visit the attraction from February 4 — although Japan’s borders have been closed to almost all foreign tourists for months, with no plan yet announced to ease these restrictions.

It is the gaming giant’s first foray into theme parks, and USJ calls it an “immersive land featuring Nintendo’s legendary worlds, characters and adventures where guests will be able to play inside their favourite Nintendo games”.

Augmented reality headsets are a feature of some rides, while a smartphone-linked wristband allows visitors to collect virtual coins and items, like in the popular Mario games. There is also a ride based on the cute green dinosaur Yoshi.