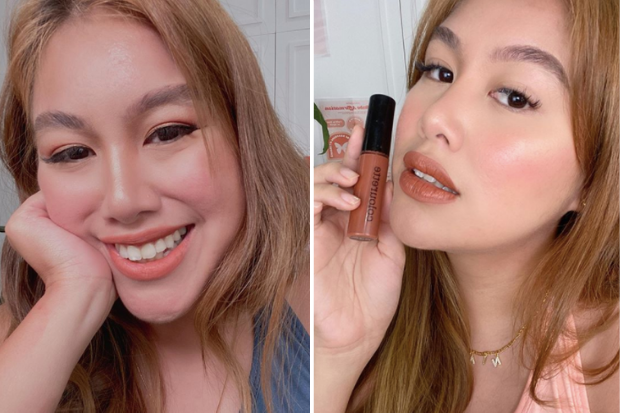 The chief executive officer (CEO) of Filipino beauty brand Colourette Cosmetics has so far raised over P1.6 million in aid for Typhoon Ulysses victims, amid being bashed online by self-professed supporters of the administration.

Nina Cabrera will be donating all the money made from recent sales, which stands at P1,617,476 as of 10:00 a.m. today, Nov. 16. The CEO managed to raise this much in around four days despite the call for a boycott against her company that diehard Duterte supporters (DDS) have started online.

Cabrera became the target of DDS after she tweeted on Nov. 12, “Will we always be left to fend for ourselves? Can someone please take accountability for the Filipino people?!!!! #NasaanAngPangulo.”

Will we always be left to fend for ourselves? Can someone please take accountability for the Filipino people?!!!! #NasaanAngPangulo

Trolls have since flocked to her social media pages and went so far as to initiate a mass reporting spree to harm her accounts, which remains unsuccessful. Thousands have likewise taken to social media to defend Cabrera, who is grateful for the support.

“I am a FILIPINO first. You can’t expect me to stay silent when I see the oppression right before my very eyes. I’m already apologizing to the people who will be affected by all the bashing. Sorry if nadadamay kayo dahil pinagtatanggol niyo ako (I am sorry if you guys are getting caught in the middle of all this because you are defending me),” she tweeted on Nov. 13.

Cabrera has also been keeping her supporters updated on the status of her donation drive via TikTok. In one of her most recent videos, Cabrera thanked fans for appreciating her efforts amid these dire times.

“Thank you guys for appreciating me. I appreciate you guys also. Like, super, so much. Hindi ko alam na ganoon pala karaming tao ang nagmamahal at sumusuporta sa’kin,” she said. (I did not know that many people support and love me.)

In a TikTok video posted yesterday, Nov. 15, Cabrera answered accusations from one basher who alleged that it will be impossible for her to not pocket some of the funds from her donation drive.

(I like how you have such high standards for us private individuals who are only trying to help others. But when it comes to politicians, those who have positions in public office, you have low standards. Have you guys asked them that?)

(But anyway, we will post all the documentation. I will show you where every single cent will go. Because guys, if we only wanted to profit then we would not have pledged 100% of our sales for donation, we would have just made it 100% of our profits so we could at least earn back some of the money. But no, we feel like we are so blessed already with your 11/11 purchases that we feel obligated to share it with the masses.)

Earlier this day, Cabrera announced the “round 2” of her donation drive, where 100% of all sales from purchases made from Nov. 16 to 20 will go to Typhoon Ulysses victims.

‼️Round 2: Merch for a cause‼️
100% of sales will go to typhoon Ulysses relief operations. Buy from Nov 16-20 on Shopee and Lazada pic.twitter.com/IAGQFCSGtG

Cabrera is one of many Filipinos who are private individuals yet have been extending a helping hand to the victims of Typhoon Ulysses. The typhoon ravaged the country from the night of Nov. 11 to the morning of Nov. 12. JB