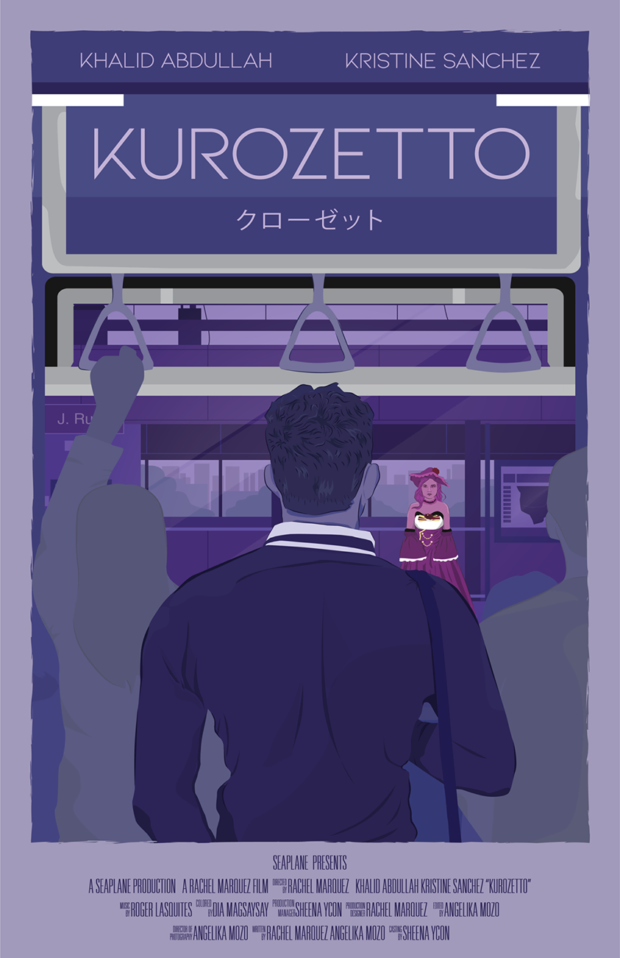 The official poster for “Kurozetto” (Image: Courtesy of Sheena Ycon)

A short film created by communication arts students from De La Salle University – Manila will be showing in a film festival in New York this month.

The movie, titled “Kurozetto,” is the only Filipino film to screen at the ImageOut: Rochester LGBT Film Festival 2020, which will be held on Oct. 8 to 18.  It features a young man who bumps into a Deaf female cosplayer every morning on his way to work.

A still from “Kurozetto” that shows Kristine Sanchez and Khalid Abdullah’s characters meeting at a train station (Image: Courtesy of Sheena Ycon)

It will be screening alongside productions such as the Oscar buzzer “Ammonite” starring Kate Winslet and Soairse Ronan, and the Filipino online series “Hello, Stranger.” Similar to other film events across the globe, the festival will be hosting this year’s rendition online, as per its website.

Rachel Marquez, Angelika Mozo and Sheena Ycon, who are all between the ages of 21 and 22, created the movie as their thesis project back in 2018.

The group sent their film to the organizers last month, Mozo, who conceptualized it, told INQUIRER.net yesterday, Oct. 2. Days after, they learned that their movie had been included in the event’s official lineup.

Mozo also explained that she came up with the story while looking at anime photos during her commute home from school.

During their pre-production process, Marquez, who identifies as gender fluid, had a major part in refining the script’s approach in representing an LGBT character. Mozo and Ycon identify as straight women.

As the film’s director, she also urged others to properly educate and inform their actors about the LGBT characters they will be portraying before shooting. Their lead actors, Khalid Abdullah and Kristine Sanchez, are both straight. 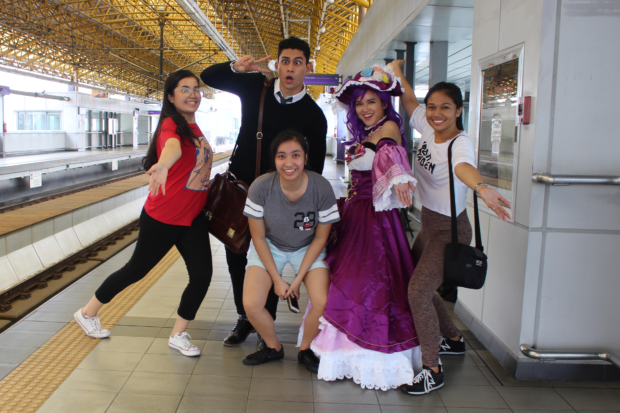 Through their film, the group wants to encourage others to come out of their shells and realize that “every day is a new day to make changes in [their] lives.”

Marquez also pointed out that their production is relevant now since the Sexual Orientation and Gender Identity and Expression (SOGIE) Equality bill recently underwent initial deliberations in the House last August.

As to how the film was created, Ycon, who served as the producer, explained that it took around P120,000 to complete it. She added that they rented all of the anime costumes and production equipment from local shops.

Prior to participating in the New York-based festival, the group first entered their film into various events in the Philippines such as the Active Vista Human Rights Film Festival, Sinepiyu and Viddsee Philippines’ exhibition.

It has since been hailed as one of the best theses under DLSU’s communication arts program and has won awards from local festivals for its editing and production design.

Following “Kurozetto,” the group plans to create more films together when the pandemic is over. In the meantime, Marquez and Ycon are currently taking online classes as they pursue a second degree in marketing and business management, respectively. Meanwhile, Mozo, who graduated in February 2019 and worked as a multimedia artist, is honing her filmmaking skills by taking lessons in video editing amid the health crisis.  /ra