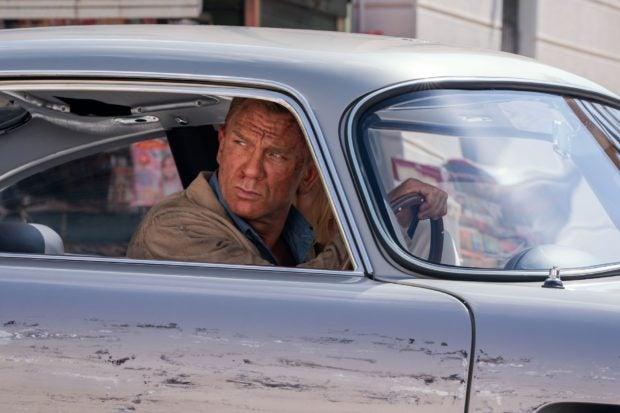 “No Time to Die”, the 25th instalment of the fictional British spy saga, sees Bond drawn out of retirement in Jamaica by his old friend and CIA agent Felix Leiter. Image: courtesy of MGM/Nicola Dove via AFP Relaxnews

The makers of the new “James Bond” movie — which has already had its release date pushed back once due to the pandemic — on Friday said it would not now be released until April 2021.

“No Time to Die”, the 25th instalment of the fictional British spy saga, sees Bond drawn out of retirement in Jamaica by his old friend and CIA agent Felix Leiter.

It is expected to be actor Daniel Craig’s last outing as 007, after starring in four previous films.

The movie had been initially set for a London premiere on March 31, 2020 before a rollout worldwide in April.

As the coronavirus pandemic took hold in March, MGM, Universal and Bond producers Michael G. Wilson and Barbara Broccoli announced they were delaying the release until November 12, with a US launch on November 25.

Then on Friday, they said the film would be delayed further until April 2 “in order to be seen by a worldwide theatrical audience”.

“We understand the delay will be disappointing to our fans but we now look forward to sharing NO TIME TO DIE next year,” they said. IB

Read Next
WATCH: ‘Honey, I Shrunk the Kids’ star Rick Moranis punched in unprovoked attack
EDITORS' PICK
Experience clearer calls nationwide with Smart VoLTE
Tracing app pesters MRT commuters
New Year, New Rediscoveries
Senate probe foils vaccine overpricing
Editorial: Unusual haste
Driving can be even more rewarding this New Year — here’s why
MOST READ
Duterte to firms: No franchise until you settle your accounts with gov’t
7 copassengers of UK variant patient can’t be traced
Norway advises caution in use of Pfizer vaccine for the most frail
#DefendUP trends after DND scraps agreement with UP
Don't miss out on the latest news and information.