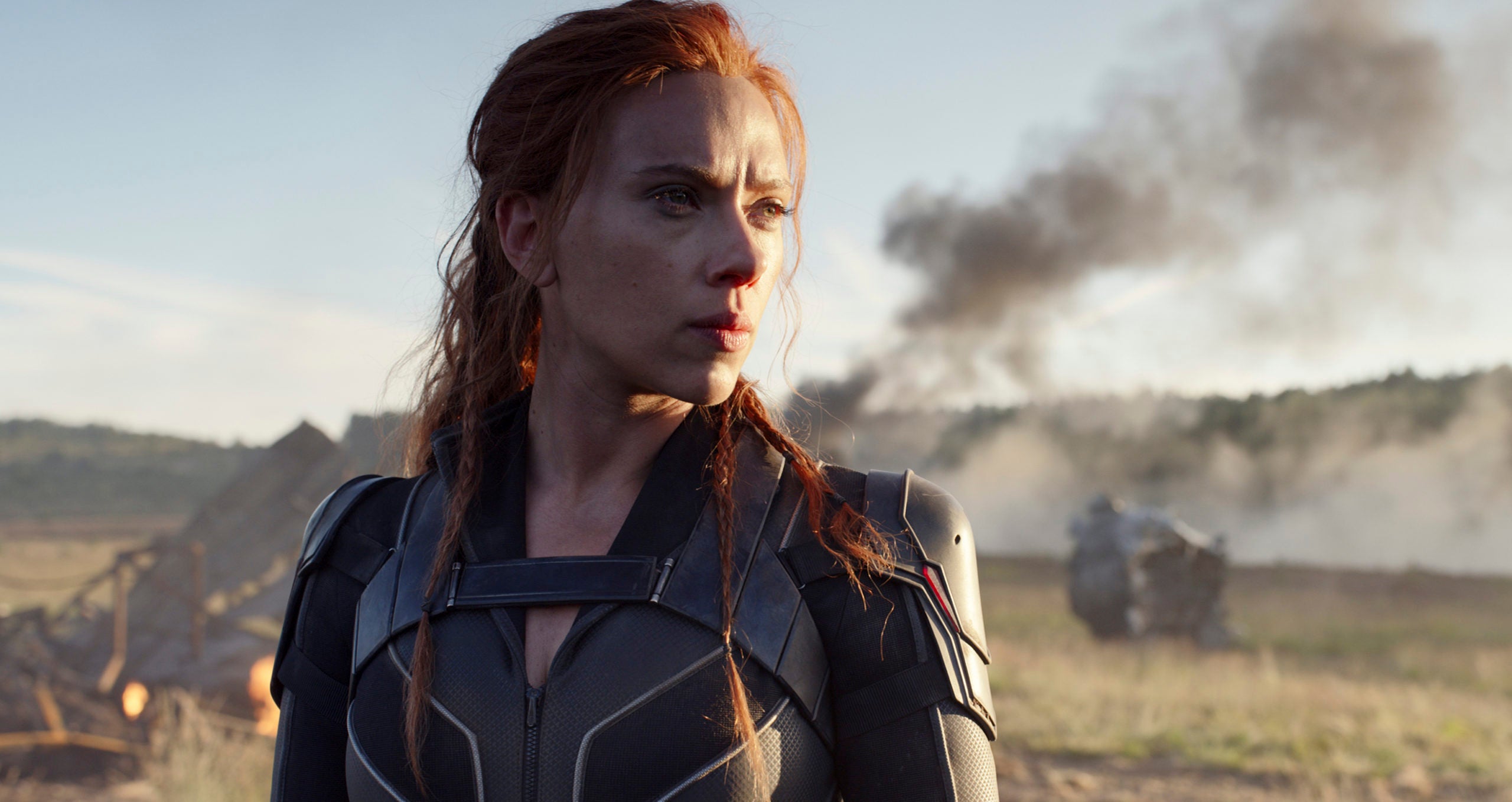 This image released by Disney/Marvel Studios’ shows Scarlett Johansson in a scene from “Black Widow.” The Walt Disney Co. has further postponed its next mega-movies from Marvel, including “Black Widow,” while also postponing Steven Spielberg’s “West Side Story” a full year in the company’s latest recalibration due to the pandemic. (Marvel Studios/Disney via AP)

NEW YORK  — The Walt Disney Co. has further postponed its next mega-movies from Marvel, including “Black Widow,” while also postponing Steven Spielberg’s “West Side Story” a full year in the company’s latest recalibration due to the pandemic.

The Scarlett Johansson Marvel movie “Black Widow,” last set for Nov. 6, heads to May 7 of next year.

Instead of opening next month, Kenneth Branagh’s murder mystery “Death on the Nile” moves to Dec. 18. That was the date set for “West Side Story,” but Spielberg’s musical will instead debut in December 2021.

Disney didn’t entirely abandon the season. The Pixar release “Soul” remains on the calendar for late November. “The Empty Man,” a horror release from the former 20th Century Fox, is moving up from December to Oct. 23.

But the delays of Disney’s upcoming blockbusters reinforce the growing exodus from 2020 among the blockbusters that hadn’t already uprooted to next year. Following tepid ticket sales for Warner Bros.’ “Tenet” in a U.S. theatrical marketplace where about 30% of cinemas remain closed, Warner Bros.’ “Wonder Woman 1984” moved from October to Christmas and Universal Pictures’ “Candyman” postponed to next year.

Given the interconnected nature of Marvel releases, the latest delay of “Black Widow” had a domino effect on other films.

Destin Daniel Cretton’s “Shang Chi and the Legend of the Ten Rings,” starring Simu Liu as the martial arts hero, is now slated for July 9, 2021, instead of May 7. Chloé Zhao “Eternals,” with Angelina Jolie, Gemma Chan and Kumail Nanjiani, moves from February to Nov. 5, 2021.

“Marvel made the right and responsible decision,” Nanjiani said on Twitter. “There’s a pandemic. Nothing is more important than health and lives. I can’t tell people to go to a movie theater until I feel safe going to one.”

Notably, Disney didn’t announce any films were pivoting to its streaming platform, Disney+. Since the pandemic began, the company’s “Mulan,” “Hamilton” and “Artemis Fowl” have gone direct to streaming, with “Mulan” made available for a $30 premium purchase by subscribers.

Disney has declined to share digital grosses for “Mulan,” though the live-action remake has underperformed in theaters overseas.

Read Next
Angelica recalls breakdown after coming home from Dubai shoot at the height of pandemic
EDITORS' PICK
Every Filipino home can now be a smart home with realme TechLife
PLDT Home Prepaid WiFi customers now under the care of Smart
Nestlé Philippines’ ‘NESCAFÉ Plan’ bags Grand Anvil at PRSP 56th Anvil Awards
Wesley So officially a US citizen
‘Pilgrim of peace’ Pope Francis heads to war-scarred Iraq
WHO: Arrival of vaccines in PH ‘a powerful step’ towards economic recovery, normalcy
MOST READ
Kris Aquino dispels rumors on son Josh getting married, thanks Ogie Diaz for defending him
Wesley So officially a US citizen
Ginebra trades Slaughter to NorthPort for Standhardinger
LTO’s P500-M deal for screws draws scrutiny
Don't miss out on the latest news and information.