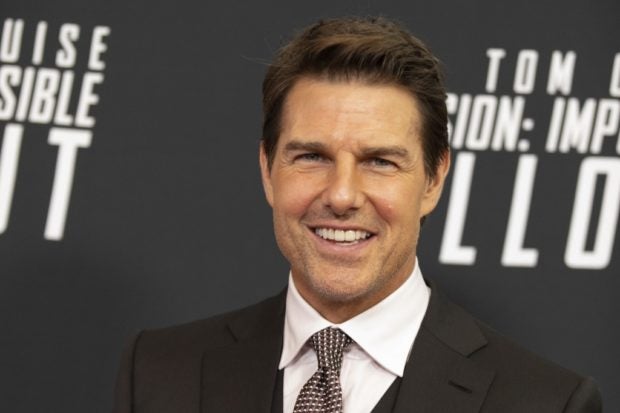 Actor and producer Tom Cruise arrives for a screening of “Mission Impossible – Fallout” at the Smithsonian National Air and Space Museum on July 22, in Washington, DC. Image: AFP/Alex Edelman

Tom Cruise will officially be going to space in October 2021 to shoot a still-untitled film helmed by “Edge of Tomorrow” director Doug Liman.

Months after reports came that Cruise was working alongside SpaceX CEO Elon Musk and the National Aeronautics and Space Administration (NASA), it has been  confirmed that the Hollywood star will be part of a launch next year.

Space Shuttle Almanac took to its official Twitter account on Sept. 19 to share the 2020 to 2023 International Space Station (ISS) manifest, which includes Cruise and Liman’s launch as part of the “SpaceX Crew Dragon Axiom Tourist Flight.”

So its confirmed that @CommanderMLA is flying the @Axiom_Space @SpaceX #CrewDragon tourist mission with Director @DougLiman & Tom Cruise. One seat still to be filled. They are to launch in October, 2021. pic.twitter.com/dn6SLvCOGz

The manifest shows that Cruise and Liman, labeled as Tourist 1 and 2, will be joined by Space X pilot Michael Lopez-Alegria, while the slot for Tourist 3 is still open, which could be filled by a cameraman or another actor.

Cruise and team will be filming aboard the ISS, NASA administrator Jim Bridenstine revealed last May 6. The upcoming film will be the first movie ever to be shot in space if it goes through as planned.

The film is reported to be a $200-million Universal project, according to Deadline on July 30. No other details about the film have been revealed, as of this writing. Ian Biong /ra