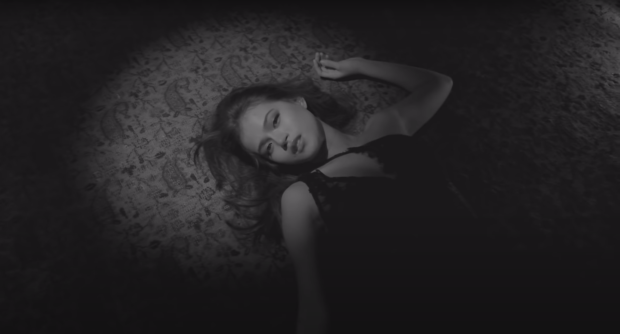 Maris Racal dropped a new single called “Not For Me” to mark her 23rd birthday yesterday, Sept. 22.

She released the track with its accompanying music video on her YouTube page on the same day.

The black-and-white video shows Racal in a fitted black dress sitting before a wooden piano. As she sings, she appears in various rooms of a house.

“Your love is a song / Can’t stop singing it / Your love is just too pretty / But it’s not for me,” she sings in the chorus.

Racal then sits before a pile of books as she continues to sing about a love she does not deserve. As the video ends, Racal stares straight into the camera while the song’s music plays out and the frame goes black.

She later shared a snippet of the video on her Instagram page, saying, “This song goes out to those who don’t have the word commitment in their vocabulary at the moment.”

While Racal wrote the tune’s lyrics, she enlisted the help of Rico Blanco for its musical arrangement and production. She also worked with photographer Shaira Luna, who filmed and edited the music video.

Prior to “Not For Me”, Racal and Blanco teamed up on her 2019 single called “Abot Langit” as well. Along with her singing, Racal has also starred in various films and TV shows such as “Block Z” and “Pamilya Ko”. JB