Why Anne Curtis decided to give birth in Australia 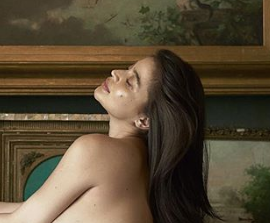 MANILA, Philippines — As actress Anne Curtis was set to give birth to her first child Dahlia Amelie, she recalled that her decision to deliver her baby in Australia was made at the last-minute.

In an interview with G3 San Diego posted on YouTube Tuesday, Anne said that originally, she had already chosen a doctor and a hospital in Manila.

It was in March that Anne gave birth to Dahlia, her first child with celebrity chef Erwan Heussaff.

“Parang last minute, I decided na I was working so hard kasi and parang hindi nila ako mapigilan mag-work. So parang I felt that it (leaving) would really get me to stop working is to be here [in Australia], ” Curtis, who is one the hosts of the ABS-CBN afternoon show “It’s Showtime,” said.

(It’s as if last minute, I decided that I was working so hard and they couldn’t stop me from working.   So I felt that leaving for Australia would really get me to stop working.)

Another “major factor” that Anne considered was being with her mom, Carmen, by the time she gives birth.

“Having her helped me through it. Parang nandun na lang ako para mas tahimik, mas quiet, I can really just focus on the first few weeks and months of my baby daughter’s life,” she mused.

(Having her helped me through it. I felt it was best to stay here because it’s more quiet. I can really focus on the first few weeks and months of my baby daughter’s life.)

Anne added that it was because of the ongoing COVID-19 pandemic that she and her family’s stay in the land down under was extended.

Anne and her family have been in Australia since December 2019.

“Given the current situation, na-extend talaga ‘yung stay namin dito because I mean, if it was just me, no problem. Kaya kong lumipad anytime,” she said.

(Given the current situation, we extended our stay here. If it was just me, no problem. I can fly back anytime.)

“Pero now, I have a little life to think of and she is the top priority,” she added about her daughter.

(But now, I have a little life to think of and she is the top priority.)

Still, she said that she and her family hope that they fly back to Manila by the end of the year for the holidays.

“Hopefully by the end of this year, we’ll be able to come back to Manila na,” she said. “Pero syempre (But of course) [we’re still] playing it by ear pa rin. We’ll see.”

“‘Yun naman talaga ang goal, makapag-Pasko kami dyan, (That is our goal, to celebrate Christmas there.)” she added.