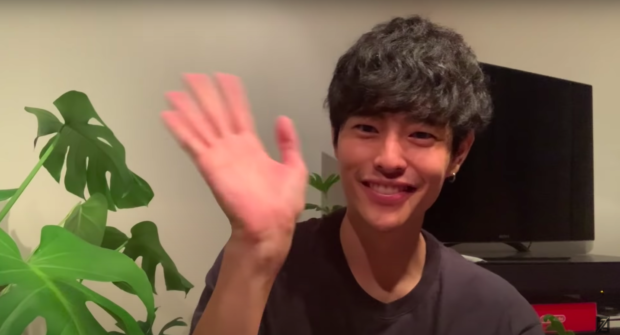 Former “Pinoy Big Brother: Otso” housemate Fumiya Sankai revealed that he is taking an indefinite break from his main YouTube channel to work on other projects.

Sankai made the announcement in a vlog post titled “Bye Bye YouTube,” which he uploaded to his FumiShun page on Sept. 6.

Despite the title, he assured his subscribers that he is not going away forever. However, he noted that he does not know how long his break will last.

Sankai explained that he is taking a hiatus because he has been busy preparing for other personal projects. He also admitted that editing his vlogs is hard, which is one of the reasons why he finds it difficult to upload new videos at times.

While he is grateful to be able to connect with his fans through his vlogs, Sankai said he needs to find a Filipino editor to help him with his videos before he can continue producing new ones.

During his time away, Sankai revealed that he will be working on his clothing and perfume brands, which he described as his “dream.” Aside from the said projects, he promised that he has a“big surprise” set for his fans in the future.

He also sees the break as a way to reach the “next step” in his vlogging.

“I think when I [come] back to vlogging, I think [I will have] mas malakas na content sana (stronger content hopefully),” Sankai said.

Though he will not be posting videos on his main YouTube channel, Sankai told his fans that they can expect daily uploads on his Instagram page for the time being. He will also be making use of the social media platform’s new feature “Reels,” which is similar to the popular video-sharing app TikTok.

Along with his main channel, Sankai has another page called Fumi Vlogs, which features more personal videos from his life such as tours of his home and dance covers.  /ra