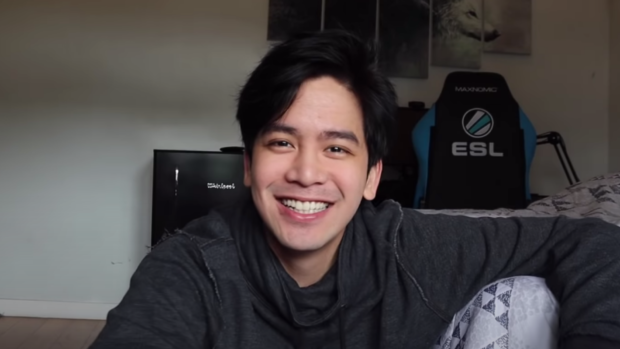 Joshua Garcia marked the launch of his YouTube channel with a vlog that features sweet moments with his loved ones at home.

The actor was also candid about his first attempt at vlogging as he showed multiple takes of his introduction. After a number of tries, Joshua eventually decided to just run the clip, as seen on his YouTube page yesterday, Aug. 24.

He first featured his older sister Lorenza, whom he fondly calls Renza, speaking on the phone with a fortune teller. Throughout the call, the siblings joked around with each other before it was Joshua’s turn to speak with the tarot card reader.

However, their call was interrupted when someone rang their home’s doorbell and Joshua did not show his conversation with the woman. He later assured his viewers that he got a good reading from the fortune teller.

Following their session with the tarot card reader, Joshua decided to test a lie detector machine on Lorenza and two of his friends, Steven and Owa.

They also threw a simple get-together at home to celebrate the 6th birthday of Lorenza’s son Sky. The intimate celebration featured blue balloons and a “Minecraft”-themed cake for his nephew.

While Joshua gave Sky a Nintendo Switch for his birthday, he surprised his older sister as well. Joshua gifted Lorenza with a laptop to help her with her online classes.

As he ended his first vlog, Joshua took the time to thank a certain Chamz Gonzales for his support.

Along with Joshua, his fellow celebrities such as ex-girlfriend Julia Barretto, Kathryn Bernardo and Liza Soberano have also been sharing parts of their lives through their own vlogs.