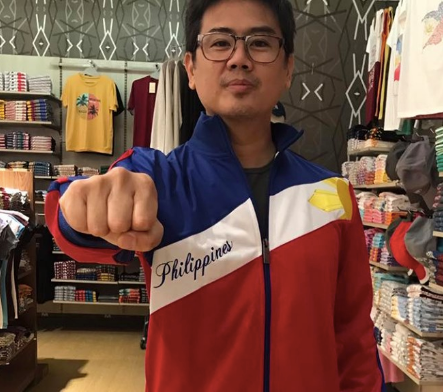 MANILA, Philippines — Jimmy Bondoc, Freddie Aguilar and other notable names in music and showbiz are set to perform in an upcoming online concert this weekend dedicated to their “friend,” President Rodrigo Duterte.

The concert, titled “Singing for the President,” will be on Aug. 30 at 2 p.m., as announced on the Facebook page of NDM Studios on Monday.

Aside from Bondoc and Aguilar, among those who are set to appear in the concert are Overseas Workers Welfare Administration deputy administrator Mocha Uson, singer and Camarines Sur vice-governor Imelda Papin, Dulce, Arnell Ignacio and chief presidential legal counsel Salvador Panelo, among others.

(It is evident in the face of the President that he looks very tired, that’s why his notable supporters decided to sing for him on August 30, 2020.)

Bondoc, who is a vocal supporter of the President, defended the intention of the artists to join the concert, saying: “There is nothing wrong with singing for a friend.”

There is nothing wrong with singing for a friend.We have sung for frontliners, for many charities, for affected…

“We have sung for frontliners, for many charities, for affected musicians, and more,” Bondoc said. “Now, we just want to sing for our friend.”

He also had a message to the detractors of the upcoming online concert: “God bless all of the detractors. I am really praying for you. May all this hate leave all of our hearts and our lives.”

“My whole life, music and prayer, and nothing else, have proven to be the most effective answer to hatred. Not debate, not legal positions, not retaliation, not anger. Prayer and music,” he added.