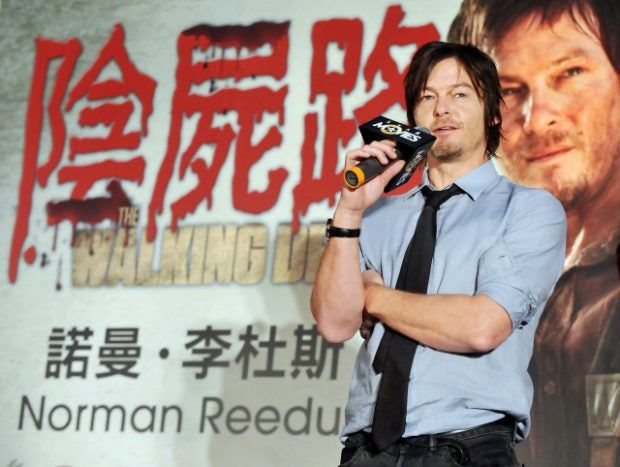 Once the highest-rated series in U.S. cable television history, “The Walking Dead” is officially on its last legs.

The record-breaking zombie show will conclude in 2022 after a monster-sized 11th season spanning 24 episodes, network AMC said in a statement Wednesday.

“It’s been ten years ‘gone bye;’ what lies ahead are two more to come and stories and stories to tell beyond that,” said co-creator Scott Gimple.

But audiences began declining steeply in 2017.

While the flagship show is now being killed off, the lucrative “Walking Dead” franchise has a lengthy afterlife planned.

AMC is forging ahead with a new spin-off focused on the characters Daryl Dixon (Norman Reedus) and Carol Peletier (Melissa McBride), to premiere in 2023.

A separate, anthology-style series will feature standalone episodes or groups of episodes focusing on individual characters — both existing favorites and new.

No release date was announced.

Another spin-off, “Fear the Walking Dead”, has been running since 2015, and “The Walking Dead: World Beyond” — a new series about the first generation raised in the apocalypse — will debut October 4.

“The Walking Dead” universe is based on a comic book about a zombie-ridden vision of the United States.

The original series centered on Rick Grimes (Andrew Lincoln), a sheriff who wakes up from a coma to find the world overrun by the undead, and goes on a search for other survivors.

Lincoln left the show in 2018, but his character is due to star in standalone feature films.

The concluding episodes of season 10 of “The Walking Dead” have yet to air, after producers in March revealed production had been halted by the coronavirus pandemic.

Six remaining episodes from this season are now scheduled for early next year.

‘Mandalorian’ has new episodes coming to Disney+ in October