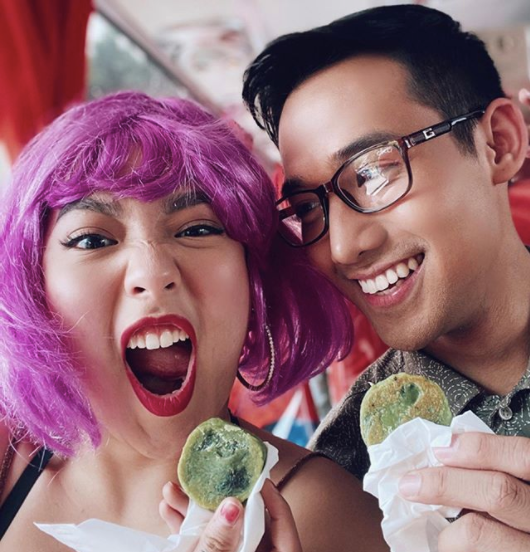 Kapuso actor Ken Chan admitted that he and the crew went through a lot of struggles in shooting a film while adapting to the restrictions caused by the COVID-19 pandemic.

Chan is set to star alongside singer-actress Rita Daniela in their first film together titled “My First and Always” by director Louie Ignacio, who wrapped up shooting on Aug. 31.

“Maraming proseso ang pinagdaanan para sa pelikula namin ang ‘My First and Always’,” the actor disclosed to fans on Instagram yesterday, Sept. 2. (We went through a lot of things for our movie, “My First and Always”.)

Following COVID-19 health protocols, those involved in the movie also had to undergo swab testing as they visited several locations and filmed outdoors.

(The entire cast and crew underwent swab testing. All of our shooting days were closely watched by the Department of Health and the Inter-Agency Task Force on Emerging Infectious Diseases.)

The actor also thanked production company Heaven’s Best Entertainment for making it possible to make a quality film even in the middle of a pandemic.

(We are so blessed to have Heaven’s Best Entertainment that even in the middle of a pandemic, we were still able to make a quality film.)

He also expressed his gratitude to everyone who helped make the film possible, especially the director and his “RitKen” love team partner.

(To my Choy, Rita Daniela, I only have one thing to say, and it is that you are a great actress! Thank you also for taking care of me. I love you, you know that!)

Ignacio, meanwhile, described their last day of shooting as “bloody” as he updated fans of the crew’s journey in Pagsanjan, Laguna, via several Facebook posts.

Despite the “10 long days” of shooting, the director seemed to have enjoyed creating the film as seen in several clips and photos he shared of their shoot in the serene waters of Pagsanjan.

The premiere date of “My First and Always,” which was initially titled “My First, Your Last (Luis Loves Luisa),” has yet to be announced.  /ra