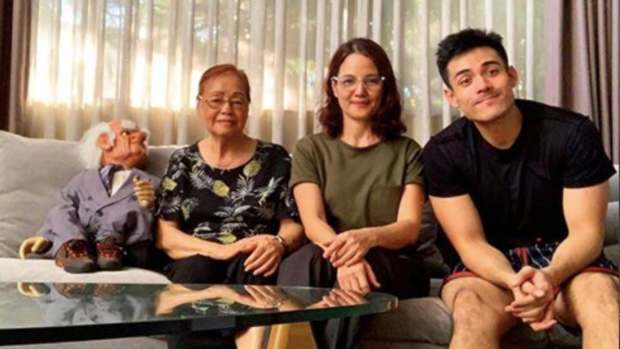 Xian Lim has spoken up about his grandmother who is battling breast cancer, and said that she is in a better condition now, as he thanked everyone for their concern and prayers.

The actor took to Instagram last Monday, Aug. 31, to give an update on the condition of his grandmother, who he revealed to have cancer through a short video on Aug. 24.

“Thank you to everyone that expressed their concern and included my grandmother in their prayers. She’s doing a lot better now,” Lim said.

“Also, she really doesn’t like staying in one spot. She likes moving around, turning up her radio in full blast and doing crossword puzzles,” the doting grandson added.

The actor also gave fans a peek at a heartwarming moment between his grandmother and mother as he talks of his thoughts on the cycle of parenthood.

“I saw this earlier and it melted my heart. Your parents will take care of you until you are able to be on your own until one day, it will be your turn to return the favor,” Lim said of the photo of his mother sitting on a chair beside his grandmother as she lied in bed.

“This is a simple gesture of saying thank you for bringing me in this world. This is what we are accustomed to,” he added.

Lim also detailed that in the photo, his mother was showing his grandmother funny pictures on her phone while she keeps an eye on her, making sure she keeps still and is okay.

“She is really a super mom,” the actor emphasized.

Lim’s grandmother in late August also underwent a mastectomy, a procedure to remove one of her breasts, as part of her fight against cancer.

In the Aug. 24 video, an emotional Lim urged fans to say “I love you” to their family members who are still with them and to enjoy the moments they still have with them and their friends. JB

On Xian Lim’s birthday, Kim Chiu is simply thankful for his presence