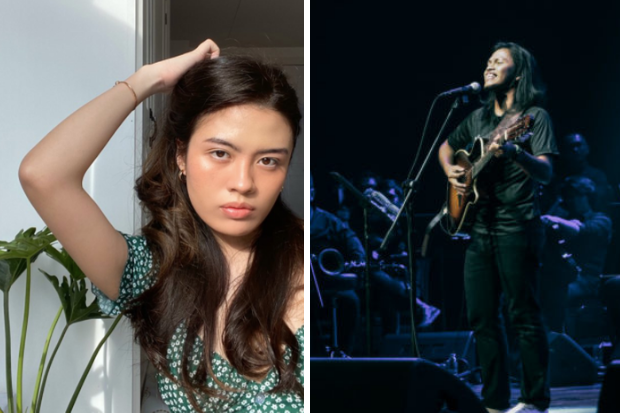 Several musicians have joined other individuals and groups in protesting the proposal to declare Sept. 11 a special non-working holiday in Ilocos Norte to commemorate the birth anniversary of former President Ferdinand Marcos.

Singer-songwriter Bullet Dumas, a staunch critic of the administration, expressed his dismay via Twitter yesterday, Sept. 2, noting that the passage of such bill, even if it is only for one province, “is a big deal.”

“I know you’re also thinking na (that) buti na lang sa Ilocos lang at hindi sa buong bansa (fortunately it is only in Ilocos and not the whole country). Pero (But) they have always inched their way back to the hearts and even swayed others to become sympathizers,” he stressed.

“IT IS A BIG DEAL! We do not honor DICTATORS! MARCOS IS NOT A HERO!!!” he added.

I know you're also thinking na buti na lang sa Ilocos lang at hindi sa buong bansa. Pero they have always inched their way back to the hearts and even swayed others to become sympathizers. IT IS A BIG DEAL! We do not honor DICTATORS!

Dumas is known for being vocal about social issues and for actively speaking against the late strongman’s dictatorship. Last February, he even lamented that the carelessness of citizens led to the spread of “pro-Marcos propaganda” and misinformation to the public.

Prior to the bill’s passing, President Rodrigo Duterte, through a proclamation in 2017, had already declared Sept. 11 as a special non-working day to mark Marcos’ birthday.

The former APO Hiking Society singer also had some strong words on the issue that he likewise posted on his own Twitter account earlier today, Sept. 3.

“Consider the rest of 2020 as non- working non-holidays. Wala naman trabaho talaga eh (People do not really have work anyway). Another idea for congress,” Paredes jested.

“Why don’t you just exempt certain regions from the constitution and just allow them to make thieves and killers their heroes? At least you are being honest,” he added.

Consider the rest of 2020 as non- working non-holidays. Wala naman trabaho talaga eh.
Another idea for congress. Why don't you just exempt certain regions from the constitution and just allow them to make thieves and killers their heroes ? At least you are being honest.

Young singer-songwriter Frankie Pangilinan, also known for being vocal on social and political issues, likewise took a jab at the move with a sarcastic tweet.

Several progressive groups have also slammed the move shortly after news of its approval broke. For one, rights group Karapatan stressed that the “bill seeks to deodorize the image of a murderer, a plunderer, and a criminal.”

“It is a grave disgrace to the memory of martial law victims and survivors, who have been violated many times over by the Marcos dictatorship,” Karapatan Secretary-General Cristina Palabay said in a statement.

The College Editors Guild of the Philippines (CEGP), meanwhile, slammed the current administration for its apparently misplaced priorities.

“The [CEGP] reiterates that instead of making senseless policies, the Duterte government should be heeding the people’s demands, and not playing as busy as bee,” the group said in a statement yesterday.  /ra