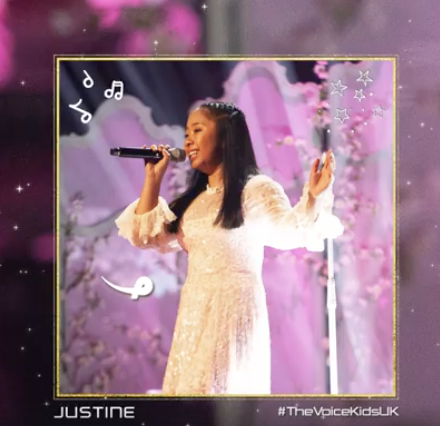 MANILA, Philippines — “I’m in so much shock, They were all so good and I didn’t think I was going to be the one.”

An emotional 13-year-old Filipino singer Justine Afante had this to say after she was declared as the grand champion of “The Voice Kids” United Kingdom 2020 on Saturday, Aug. 29.

Filipino teen singer, Justine Afante, is the winner of The Voice Kids UK 2020! 🎉🎤

Afante’s final performance was her rendition of Beyonce’s “Listen.”

The teenager also performed a duet of Stevie Wonder’s “Don’t You Worry Bout A Thing” with her coach Pixie Lott.

Afante also lauded Lott for transforming her into a “completely different person.”

“I know how much you’ve grown. You didn’t know you could sing these notes. You were singing these notes higher than Beyoncé. You’ve had that in you all along,” Lott said.

Other finalists were George Elliot from Team Danny Jones, Victoria Alsina, who is also a Filipino singer, from Team will.i.am and Dara McNicholl of Team Paloma Faith.