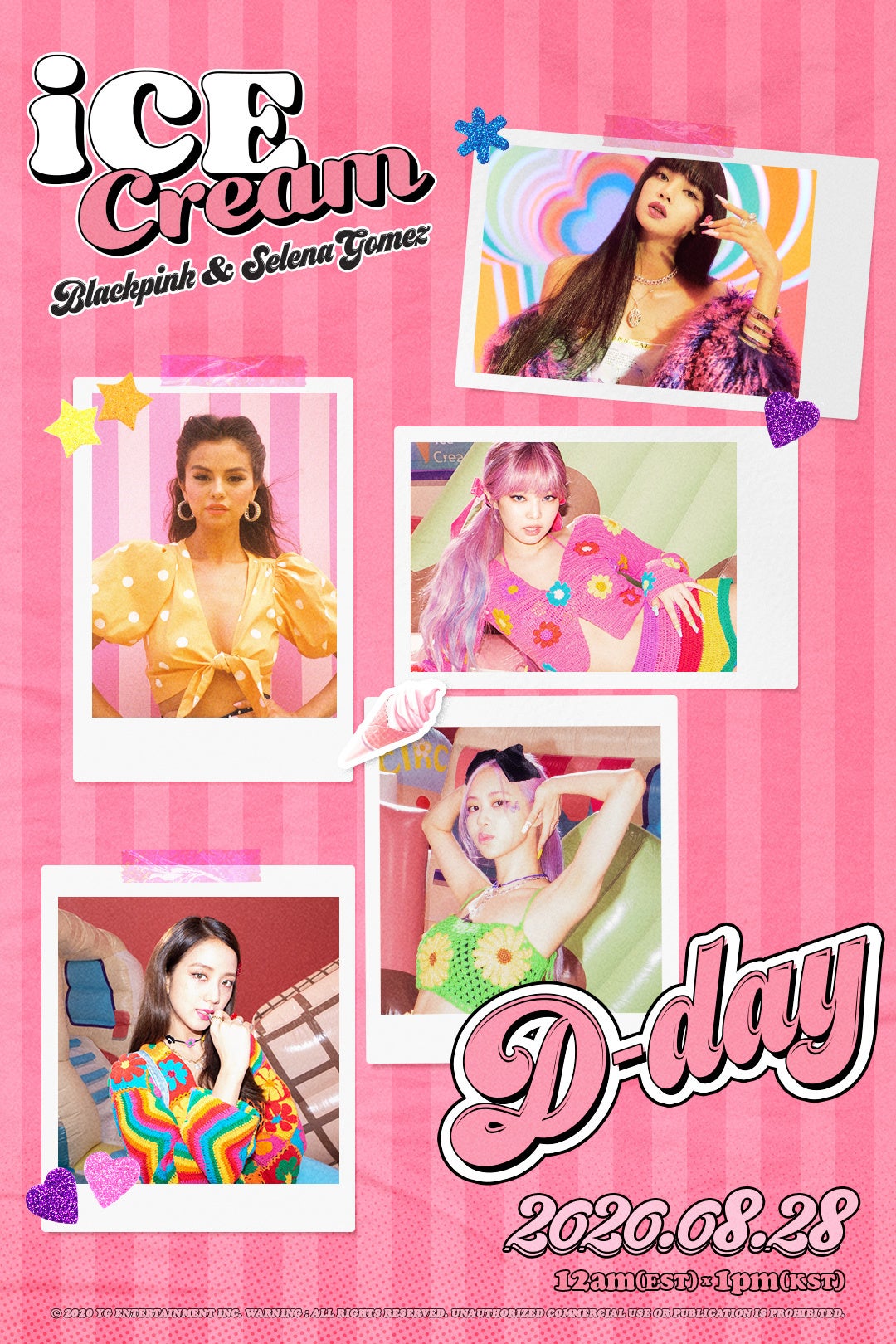 SEOUL — One of the most high-profile music collaborations of this year, Blackpink has teamed up with US pop star Selena Gomez for the group’s long-awaited new single “Ice Cream.”

The sugary song was dropped on Friday at 1 p.m. along with a pastel-tinged music video featuring Gomez herself.

“When we first heard the song, we had a feeling of sweetness filling up our mouth. We thought ‘Ice Cream’ would offer some chilling time for those suffering from this late summer heat. We hope to share this positive energy and vibe we’ve felt from the song with listeners all over the world,” said Blackpink in a written statement released by YG Entertainment.

“It’s such a lovely song, and it’s always exciting to take on a new challenge. We are also excited to meet fans with this bright and upbeat track.”

The group went onto explain that the anthem delivered an opposite vibe from its previous mega hit “How You Like That.” Upbeat and lighthearted, “Ice Cream” truly provides a new cut from the band that has long been centered on aggressive hip-hop sound and warrior-like image. On top of retro-quirky beats, Gomez kicks off the song with her dulcet voice, followed by the Blackpink bandmates’ smooth English lines. The song’s accompanying music video features the girls and Gomez indulging into a colorful ice cream world while decked out in vibrant ’70s-inspired outfits.

“The pastel-toned set, cute props and our colorful outfits that remind of ice cream really went well with the song’s bubbly vibe. A lot of our opinions have also been reflected in the outcome,” said the group

Blackpink went onto express its utmost excitement for collaborating with Gomez.

“All four of us are big fans of Gomez. Although we couldn’t meet her in person, we were once again fascinated by her in the process of communication,” said the band of its “Ice Cream” collaborator.

“We were really impressed by her humble and easy-going personality when sharing opinions. We were so glad when Gomez also told us that she was a big fan of us, and we are really satisfied with the outcome that came out from our musical synergy with Gomez.”

In a lead up to the release, both the K-pop act and the US pop star have steadily shared love for each other and dedication to the new smash through a series of tweets and a video-chatting video. Selena has also previously announced a new ice cream flavor from brand Serendipity in a nod to the two acts’ collaboration.

“We are thankful for our fans worldwide. We really anticipate the day when we can sing ‘Ice Cream’ with Gomez on one stage and face each other. We also hope you could lead a happy and healthy life with ‘Ice Cream’ until we meet again soon,” added the group.

Previously, Blackpink had collaborated with Dua Lipa on “Kiss and Make Up” and most recently lent its voice on “Sour Candy” by Lady Gaga.

“Ice Cream” is the second prerelease single off Blackpink’s highly anticipated first full length album “Blackpink: The Album” due out on Oct. 2.