Kris Aquino pays tribute to Ninoy on his death anniversary: ‘He worked hard to win my love’ 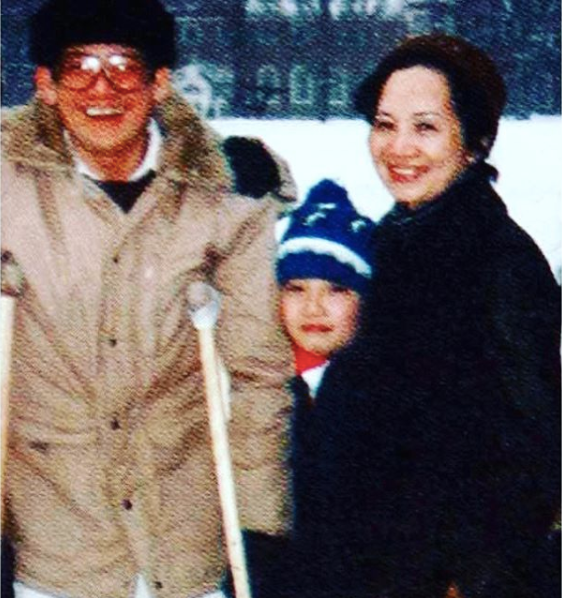 Kris Aquino honored her late father, Benigno “Ninoy” Simeon Aquino Jr., by recalling some of her most memorable moments with him.

The Queen of All Media considers herself blessed for getting “the most [and] the best of him” as his youngest child. This year marks the late senator’s 37th death anniversary after he was assassinated on Aug. 21, 1983.

“My mom told me [I] was lucky because my dad made time for me to truly get to know him ([I] was 1 year [and] 7 months old when he was imprisoned) and he worked hard to win my love,” Kris, 49, said via Instagram yesterday, Aug. 21. “[Maybe] he had an inkling that we only had 3 years of borrowed time.”

Kris is the late senator’s fifth child with Cory Aquino, who was eventually elected as the President of the country after her husband’s death.

While Ninoy and his family were in Boston in the United States, Kris said her father went to all her school activities. The father and daughter also had “just the [two] of us” book shopping and going on ice cream dates.

When “Star Wars: Return of the Jedi” began showing in cinemas, Ninoy stood in line with Kris for almost four hours just so they could watch the film together.

The actress remembered getting interviewed by a local news outlet and said that her dad was so excited about it that he went home to tell Cory to record the local news, just in case Kris would appear on TV, and she did.

“When we got home, and my dad [and I] watched the tape, it remains unforgettable for me the look of pride in his face,” she said.

Through Ninoy and Cory, the actress learned that “the strength and resiliency of our children, and their determination to work hard to fulfill their ambitions will come from the love [and] encouragement they saw in the eyes of their parents.”

“Thanks to my [dad] for allowing me to believe that my dreams could [and] would come true,” Kris said.

“Looking back, ALMOST everything we ever discussed- they did come true,” the actress mused.

Kris Aquino thanks her Ate Ballsy for ‘gift of time, unconditional love’ on her 65th birthday