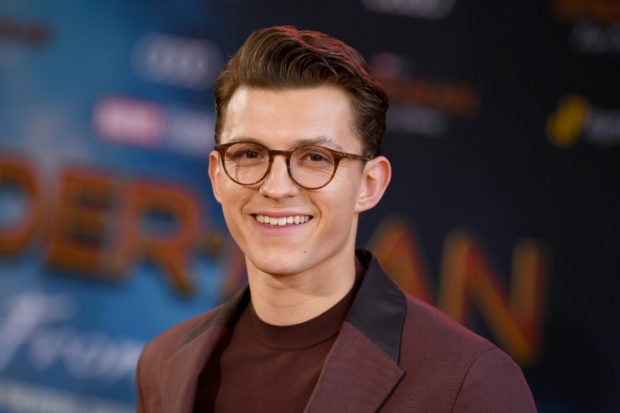 While he is loved for portraying the childhood hero of many, “Spider-Man” actor Tom Holland was quick to shut down the possibility of playing the live-action Ben Tennyson from the “Ben 10” franchise.

Holland straight up refused the role, although no live-action adaptation is in the works, after an artist made a digital artwork of the young actor donning the Omnitrix.

The artist, named Aitesam Farooq on Instagram who says @spdrmnkyxxiii is his alter ego, created concept art of Holland suited up as Ben 10 himself from the “Ben 10: Alien Force” series.

“So [I] decided to a #Ben10 #alienforce concept. Here is @tomholland2013 as an older Ben from Alien force,” the artist posted on his spdrmnkyxxiii Instagram account on Aug. 13.

Another Instagram user called Daquan, who shares memes on the photo and video sharing platform, reposted the artwork and asked followers to weigh in on the notion of Holland playing Ben 10.

“What y’all think? the user asked on the post made on Aug. 17. The viral post gained the attention of Holland, who actually left a short yet clear answer in the comments section: “No.” 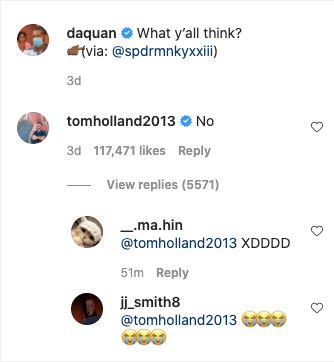 Fans, meanwhile, found Holland’s response hilarious, with some even surprised that the actor actually responded to the artwork.

Another netizen with the handle @lowkid.rk likewise could not believe Holland responded, commenting: no way he replied [crying emoji].” 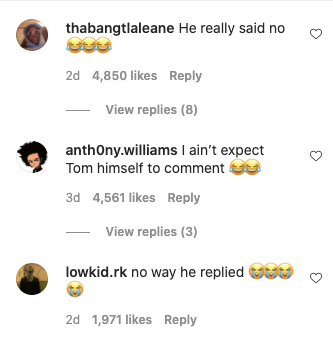 Holland, who currently plays Peter Parker aka Spider-Man in the Marvel Cinematic Universe, is slated to appear next year as the young Nathan Drake in the live-action “Uncharted” movie based on the video game franchise of the same name.

He is also set to star in the Russo brothers’ upcoming crime drama “Cherry,” in which he will take on the role of Nico Walker.

Holland will be playing “a former Army medic who returned from Iraq with extreme undiagnosed PTSD, fell into opioid addiction and began robbing banks,” as per Variety in March 2019.  /ra

Read Next
Billie Eilish slams Trump, urges fans to register: ‘Vote like our lives depend on it’
EDITORS' PICK
Comelec division junks petition to cancel Marcos COC for president
Acer starts the year off strong with the Aspire Vero National Geographic Edition
PH logs 37,070 more COVID-19 cases; over 33K others recover
‘Not yet the end’: Lawyer says Marcos Jr’s DQ cases to take lengthy process
The best of bayside and city living at SMDC’s Sail Residences
Over 3 Million worth of prizes to be won at Smart Padala’s SENDali Manalo Promo!
MOST READ
NBI foils escape attempt of Kerwin Espinosa, two others
Marcos camp ‘extends hand of unity’ after COC cancellation bid is thrown out
Wendell Ramos finally gets to hold his newborn for the 1st time
No vaccine, no French Open for Djokovic, says French Sports ministry
Follow @IBiongINQ on Twitter
Don't miss out on the latest news and information.