Billie Eilish slams Trump, urges fans to register: ‘Vote like our lives depend on it’ | Inquirer Entertainment
Close
menu
search 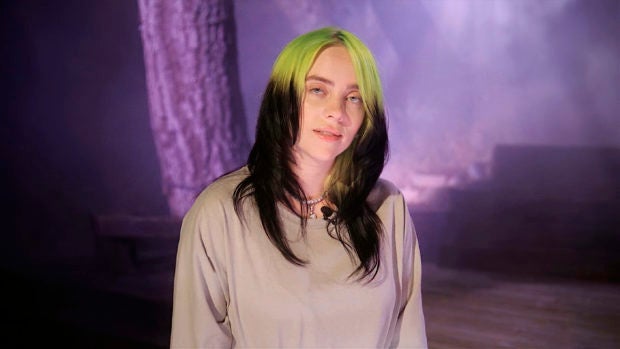 Billie Eilish spoke up against United States President Donald Trump for allegedly “destroying” the country and “everything we care about.”

The singer stated that the U.S. needs leaders who will solve the COVID-19 pandemic, climate change, systemic racism, inequality and “not deny them,” as per her Instagram post today, Aug. 20.

“It starts with voting against Donald Trump and for Joe Biden,” Eilish declared. “Silence is not an option and we cannot sit this one out.”

“We all have to vote like our lives and the world depend on it because they do,” she added. “The only way to be certain of the future is to make it ourselves.”

She then appealed to her supporters to register to vote.

Eilish delivered her speech yesterday, Aug. 19, during the third night of the virtual Democratic National Convention (DNC), where she also sang her newest track “My Future”.

At the age of 18, Eilish is the youngest musician to perform at DNC, according to Variety on the same day. This year’s presidential election will be the musician’s first time to vote.

The “Ocean Eyes” singer showed a snippet of her performance of “My Future”, accompanied by her brother Finneas, through a follow-up Instagram post.

I’ll just say what @billieeilish said: vote like your life depends on it. #DemConvention pic.twitter.com/5ewebNvQGg

The convention’s roster of musicians has more than half of artists who are people of color, as per report, including John Legend, Jennifer Hudson, Common and more.

The four-day gathering began on Monday, Aug. 17, with former first lady Michelle Obama delivering a powerful speech on why Trump is “the wrong president for our country.” Cha Lino/JB

Michelle Obama makes rousing call at Democratic convention: ‘Trump is the wrong president for our country’