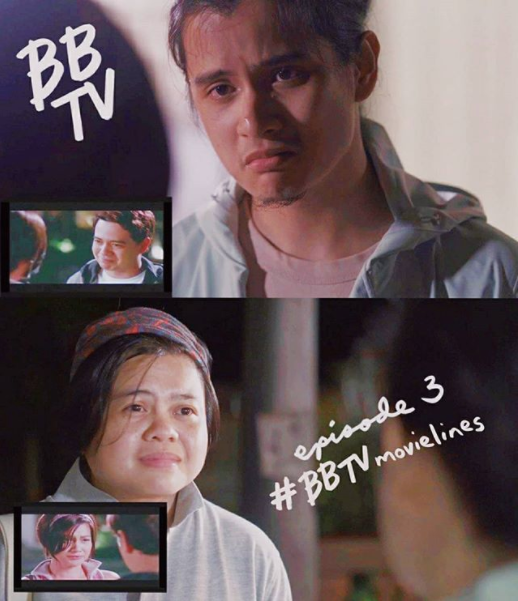 The members of Ben&Ben tapped into their hidden talents in acting to recreate the most memorable scenes from some blockbuster Filipino films.

The nine-piece folk-pop band randomly selected which member will recreate which scene through a virtual spinning wheel, as seen on Ben&Ben’s YouTube channel yesterday, Aug. 19.

One of Ben&Ben’s vocalists Miguel Guico and percussionist Toni Muñoz channeled their inner John Lloyd Cruz and Bea Alonzo to act out the tearful confrontation between Popoy and Basha in “One More Chance” (2007).

Muñoz revealed that it was Guico’s “dream role” to play Cruz’s part, especially since he is a fan of the actor.

Poch Barretto’s Tagalog-speaking skills were put to the test when he got the role of Kathryn Bernardo in “Hello, Love, Goodbye”. The band’s electric guitarist jokingly thanked all his Filipino teachers for “leading him” up to that point in his career.

Keyboardist Patricia Lasaten played the role of the bubbly Panganiban in “Beauty in a Bottle” (2014), while percussionist Andrew De Pano acted out the annoyed brand manager conducting the auditions in one of the movie’s wacky scene.

For the dramatic family confrontation in “Four Sisters and a Wedding” (2013), bassist Agnes Reoma transformed into Bobbie, originally played by Alonzo.

Last but definitely not the least, the Guico brothers Miguel and Paolo reenacted the famous “copycat” line in the classic 1985 film “Bituing Walang Ningning”.

Reoma revealed that the scene only has one take because Paolo accidentally broke the glass after spilling its contents on Miguel. The band’s vocalists carried out the rest of the scene and stayed in character despite the glass-shattering incident.

Earlier this month, Ben&Ben launched its vlog series “BBTV” to celebrate its milestone of gaining 1 million subscribers on the platform. JB