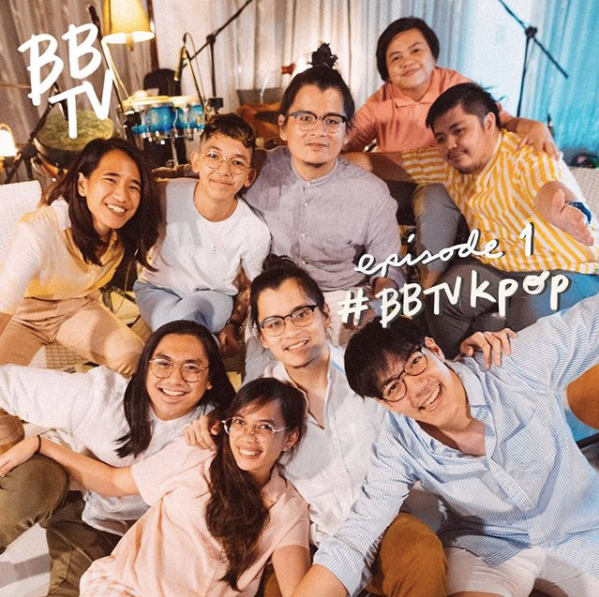 Ben&Ben gave their fans a K-pop treat as they launched their newest vlog series “BBTV”.

The nine-piece folk-pop band wanted to give thanks to their supporters by performing its own take on hit tracks originally sung by South Korean girl and boy groups Twice, Red Velvet, NCT Dream and Day6.

Ben&Ben sang snippets of “Beautiful Time” by NCT Dream, “Bad Boy” by Red Velvet, “You Were Beautiful” by Day6 and “Feel Special” by Twice respectively, as seen on their YouTube channel yesterday, Aug. 5.

(We apologize to anyone who understands Korean. We really do not speak the language so we just tried our best.)

The members of the band took turns introducing each song and giving their own feedback about the Korean tracks.

Explaining why the band was doing K-pop covers, Paolo said that their fans have been requesting Ben&Ben songs to their K-pop idols, making these Korean artists stream the Filipino band’s tracks during their livestream on social media.

“So many of our listeners have been telling us… ‘please do K-pop covers of songs,’ or like, ‘mag-collab kayo ni ano (you should collaborate)’ and I was just thinking, sige na (go ahead) please and here we are,” Ben&Ben’s percussionist Andrew De Pano said.

Similarly, Young K of Day6 commended the band for “Leaves”, calling it an “amazing” song. NVG