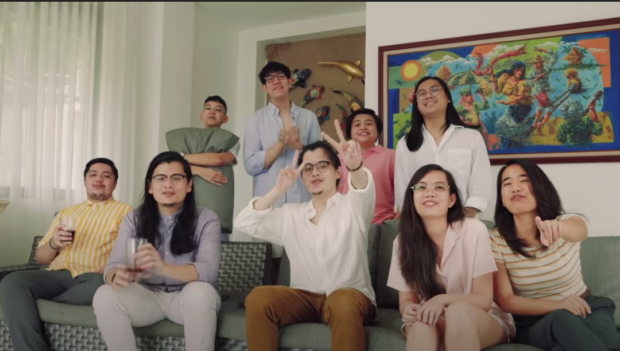 Ben&Ben in the “BBTV” announcement video (Image: screengrab from YouTube/Ben&Ben)

Award-winning folk-pop band Ben&Ben will be making good on its promise to cover K-pop songs as the band’s YouTube channel has finally gained 1 million subscribers.

After reaching the milestone, the band made a short video announcement for the Aug. 5 launch of its upcoming “BBTV” series on YouTube where they will do the said K-pop covers.

“[Bilang] thank you sa (As thank you for the) 1M subs, we’re launching a brand new series on our YT channel called ‘BBTV,’ next [Wednesday],” the band revealed on YouTube yesterday, July 31.

(Our K-pop covers, music, chitchat, daily life and foolishness will all be part of the series. See you there!)

Ben&Ben’s announcement to include K-pop covers in its content lineup comes after the band went trending in South Korea in late July.

In the video, the members of the nine-piece band also announced that they have been living together for quite some time now and have already started writing for the second Ben&Ben album.  /ra