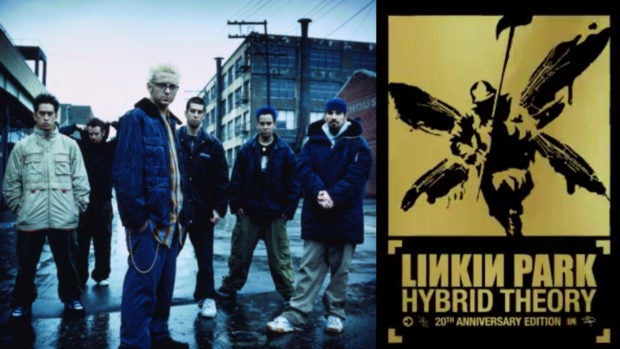 Linkin Park will be releasing a fresh edition of “Hybrid Theory” on Oct. 8 to celebrate the 20th year since its release.

The American rock band’s 2000 album gave life to some of Linkin Park’s most notable tracks including “In the End”, “One Step Closer” and more.

“It’s incredible to think it’s been 20 years since Hybrid Theory was released,” the band said via Twitter on Aug. 14. “All gratitude to our fans who made this epic journey we started 20 years ago possible.”

“Hybrid Theory” is the “debut album that defined a generation,” according to Linkin Park’s video teaser. It is also recognized as the bestselling debut album of 2001 and of the 21st century.

It's incredible to think it's been 20 years since Hybrid Theory was released. All gratitude to our fans who made this epic journey we started 20 years ago possible. We dedicate our music to you. We rededicate our Hybrid Theory to you. #HybridTheory20 – LPhttps://t.co/sNnT4zRUsM pic.twitter.com/zKURA5I9D5

Aside from the 20th-anniversary edition of “Hybrid Theory”, fans could likewise pre-order the limited edition super deluxe box set containing never-before-released demos, a 90-minute-long live and behind-the-scenes video of the band and several fan merchandise.

In celebration of Hybrid Theory's 20th Anniversary, we're releasing a limited edition super deluxe box set that includes unreleased demos, 90+ minutes of never before seen live and behind the scenes video, and much more.

The box has 5 CDs namely “Hybrid Theory”, “Reanimation” and a compilation of Linkin Park’s B-sides called “B-Side Rarities”. It also has “Forgotten Demos” with 12 unreleased tracks and “LPU Rarities” made up of 18 songs previously released by “Linkin Park underground members,” according to its website.

The deluxe box contains 3 DVDs, an EP of “Hybrid Theory”, as well as a poster of late Linkin Park frontman Chester Bennington, and many more.

The band recently partnered up with the virtual reality (VR) rhythm game “Beat Saber” so fans could enjoy 11 of the band’s songs while in the realm of VR, as seen on Linkin Park’s Twitter page last Monday, Aug. 17.

Get the music pack on Steam, Oculus Store or PlayStation Store. pic.twitter.com/dKrIdgrtdL

Linkin Park’s “In the End” music video hit a new milestone this July after it reached 1 billion views on YouTube over a decade since its release. JB