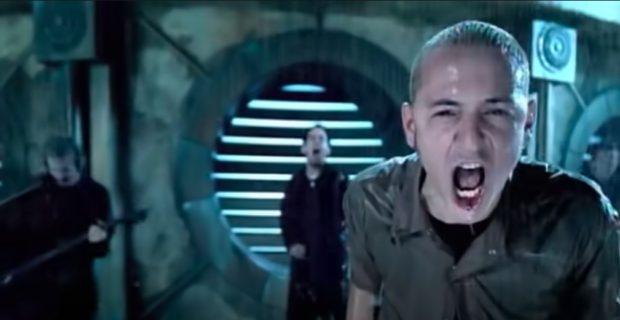 The late Linkin Park frontman Chester Bennington (right) with other band members in the music video of “In the End” (Image: screengrab from YouTube/Linkin Park)

A little over a decade since its posting on YouTube, the music video of Linkin Park hit “In the End” has finally reached over 1 billion views on the video-streaming platform.

One of the rock band’s co-founders, Mike Shinoda, took to Twitter yesterday, July 3, to thank fans for helping to make the milestone possible for their 20-year-old song.

“Thank you to everyone who helped #InTheEnd get to 1 billion views on YouTube!” Shinoda said yesterday, July 3. He provided the vocals for the song’s rap verses alongside the band’s late vocalist, Chester Bennington.

Thank you to everyone who helped #InTheEnd get to 1 billion views on YouTube! ❤️

It is now the band’s second music video to reach over 1 billion views on YouTube, the first being the video for their other banger, “Numb,” which currently has 1.4 billion views.

The music video, directed by Joe Hahn and Nathan “Karma” Cox, went on to be recognized as the “Best Rock Video” and was nominated as “Video of the Year” in the 2002 MTV Music Video Awards.

It is now among the few rock music videos that have breached the 1-billion-views count on YouTube, joining Nirvana’s “Smells Like Teen Spirit,” Queen’s “Bohemian Rhapsody,” the Cranberries’ “Zombie” and Guns N’ Roses’ “November Rain.”  /ra