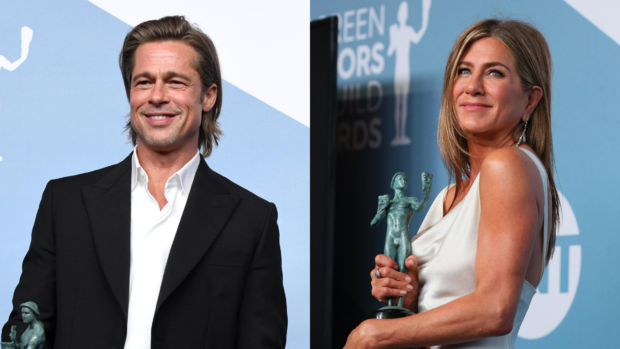 Brad Pitt and Jennifer Aniston are set to reunite in a live table read of the 1982 film “Fast Times at Ridgemont High” on Friday, Aug. 21, to help raise funds for COVID-19 relief efforts.

The event will be livestreamed on the Facebook and TikTok pages of Sean Penn’s organization, CORE, at 5 p.m. Pacific Standard Time, as per The Hollywood Reporter on Aug. 17. Penn originally starred in the movie alongside Jennifer Jason Leigh and Judge Reinhold.

The event is dubbed “Feelin’ A-Live” and aims to raise funds for CORE and the REFORM Alliance for their COVID-19 relief initiatives. REFORM focuses on protecting incarcerated individuals from the spread of the coronavirus.

However, Penn confirmed that he will not be reprising the role of Jeff Spicoli. According to People, the roles of each actor have yet to be revealed. Though Penn is not reading as the popular character, he stated that he is “very confident in the new guy.”

This is not the first time Pitt and Aniston have reunited this year. The two went viral last January after they were photographed together at the SAG Awards in Los Angeles, California.

The said encounter was the first time the former couple was pictured together in over a decade. Pitt and Aniston tied the knot back in 2000, but divorced in 2005. Ryan Arcadio /ra

Brad Pitt clarifies he’s not on Tinder, says he’s ‘not even sure how it all works’