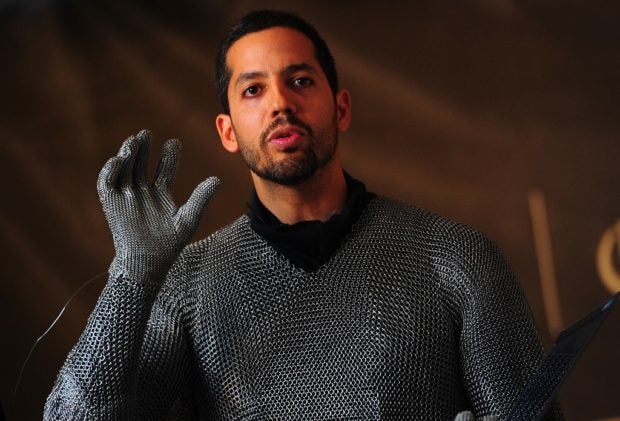 American illusionist and endurance artist David Blaine has announced that his first major live event will take place on Aug. 31 on his official YouTube channel.

The multi-hour livestream event, dubbed “Ascension”, will find Blaine attaching himself to multiple helium balloons and attempting to float across the Hudson River from New Jersey to his native New York.

“This stunt has been 10 years in the making. Let’s turn worry into wonder and take magic to new heights,” Blaine teased in a recent tweet.

The exclusive performance, sponsored by Verizon, will be made in partnership with YouTube Originals, which has increasingly been investing in live events as well as celebrity- and personality-driven programming.

While Blaine’s magical performances have long been broadcast over network television, his stunts have also attracted millions of magic hobbyists and enthusiasts online.

His card tricks with Amazon CEO Jeff Bezos have garnered over 3 million views on YouTube, while his “spitting out frogs” performance featuring Drake, Stephen Curry and Dave Chappelle attracted over 1.5 million viewers on the video-sharing platform.

Elsewhere, over 30 million people have watched Blaine working his magic with TV host Jimmy Fallon and the Roots during a 2016 episode of “The Tonight Show Starring Jimmy Fallon”.

Aside from mounting his new “Ascension” event, Blaine performed multiple magic tricks in April during the one-hour special “David Blaine: The Magic Way” on ABC.

According to Deadline, the program attracted some 3.67 million viewers on the network channel. IB