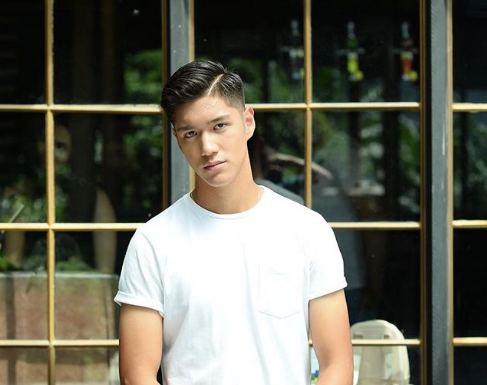 MANILA, Philippines — Actor Jericho Rosales’ son Santino, like his father, is also out to make waves in the local showbiz industry.

The 19-year-old son of Jericho with former partner Kai Palomares is now a Viva artist, the talent agency announced Thursday via an Instagram post.

Viva even described the up and coming artist as “Viva’s newest heartthrob.”

“We are pleased to announce that Santino Rosales is now part of the VIVA ARTISTS AGENCY family!” Viva said in its post.

Santino is a runway model and runs a business — KAISAINT skews & brews — with his mother.

But in a “Tonight with Boy Abunda” interview in December 2017, Jericho revealed that he had other plans for his son.

“I have a dream for him and it’s not show business. I want him to be an Olympian,” Jericho told “King of Talk” Boy Abunda that time.

“I just see that he loves sports… I don’t want the crazy life for him. I want him to focus sa [in] school, so show biz was not an option.”