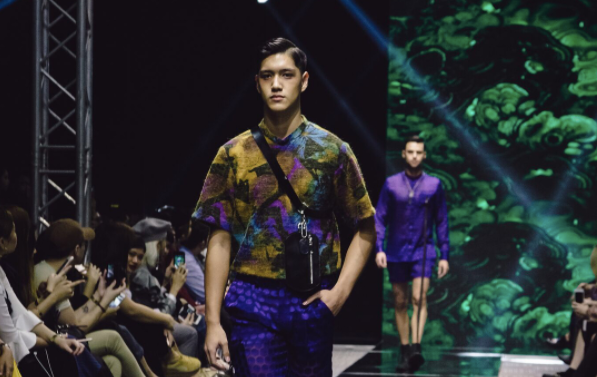 Santino Rosales got it from his dad.

The 16-year-old son of Jericho Rosales with former partner Kai Palomares showcased not only his good looks but also his sense of style at the recently concluded Manila Fashion Festival.

Santino strutted his stuff while wearing designs by Filippo Rodriguez, Harvic Dominguez and Chris Diaz during the four-day fashion event.

Mff final day: walked for such a great collection by @filipporodriguez thank you for having me! And to my dear family, thank you for all the support and love❤️ #iampmap 📷: @triciaatienza

Even his mom could not contain how proud she is of her son.

Aside from modeling, Santino has a keen interest in football, and appears to be quite skillful in the sport.

Got 3 heads turned😜(if you look closely at my left hand, three fingers are up) #csavssanbeda #5-0

So far, Santino has not expressed interest about taking up acting, to follow his father’s footsteps. Previously, the older Rosales said that he would prefer for his son not to join show business, but also said that he’ll support Santino nevertheless, in case the boy decides to. JB