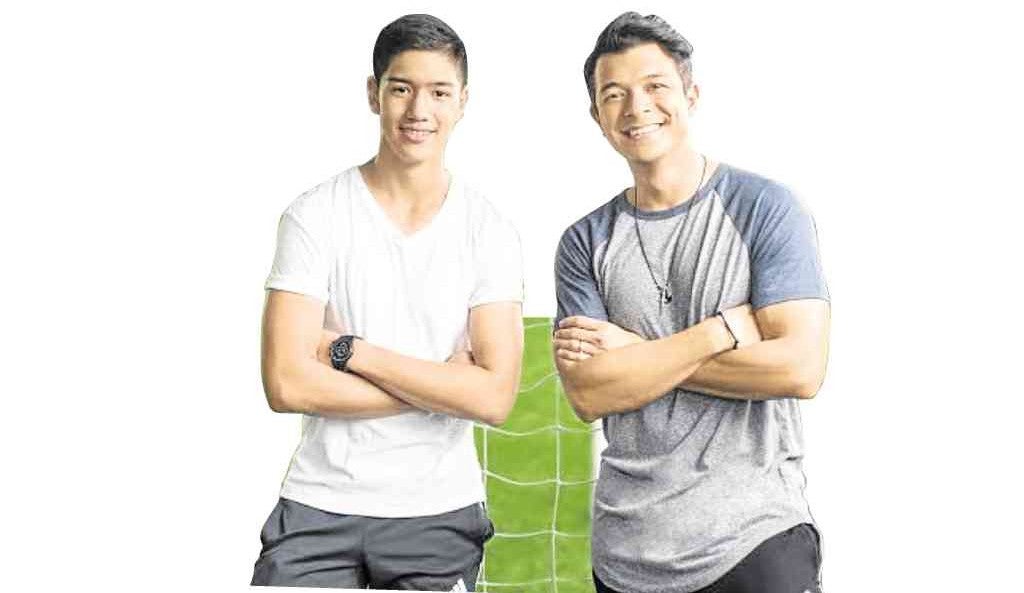 Jericho Rosales’ 15-year-old son, Santino, is definitely show biz material—with his good looks (he used to be a commercial model in his younger years) and love for sports (he’s now a soccer player).

But Jericho isn’t one to encourage a career in show business for his son, who is featured with him in the February issue of Star Studio magazine. “If I were to have my way… I don’t want him to join show biz, but I’ll be here to support him in case he decides to,” he told reporters at a recent thanksgiving dinner hosted for him by the magazine.

“He is not built for it,” explained Jericho. “He loves sports. He plays (soccer) for two teams now, but never showed any interest in acting.”

On the home front, Jericho said he was still unsure whether he and wife Kim Jones would finally have a baby this year.

“I remember telling everyone shortly after our wedding that we’d work on having a baby in two years, but we’ll be celebrating our second anniversary (in May) and I don’t think that (having a baby) will happen soon,” he said. “Kim travels a lot. It’s part of her job. She is currently in the United States. We’re not rushing. We’re both still young.”

The 36-year-old actor said he would be working on a TV series that “involves kids… inspired by movies produced by DreamWorks.”

“There will be animation and fantasy,” he shared with reporters. “The second will involve a lot of water, some action scenes, a love story and a classic song.”

He added that he hoped to do “another mainstream film, and, if there would be an offer, an MMFF (Metro Manila Film Festival) entry.”

Jericho said working on “#WalangForever,” a romantic comedy, had been “a challenging and embarrassing experience” for him. He explained: “I was forced to step out of my comfort zone because I was used to doing heavy drama—those that required me to express intense emotion. It was tough playing Ethan because I had to recall how to be flirty and naughty—qualities that I no longer have, because I’m already married.”

Jericho then recalled the time he made his leading lady wait for 45 minutes “just for me to get into the [kissing] scene.” He said: “I couldn’t look Jen in the eyes. I couldn’t kiss her. Direk said, ‘What’s happening to you, Echo?’ It was embarrassing. I hated myself for making Jen wait for me to get ready.”

The actor, who is celebrating his 20th anniversary in show biz, considered “#WalangForever” a career highlight, along with the drama series, “Pangako sa ’Yo” (2000) and “Sana’y Wala Nang Wakas” (2003). 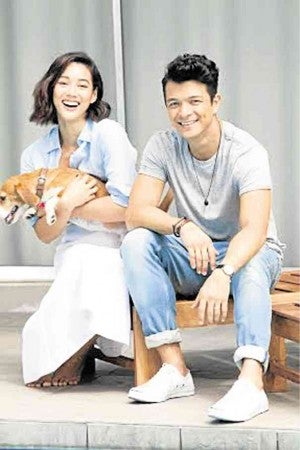 “These shows introduced me to viewers in Africa, China and Malaysia. I’ve been to these countries and it felt overwhelming when people at the airport called me by the names of my characters,” he recalled.

He added that “Alagwa” (2012), which gave him several local and international acting honors, had “opened a lot of doors for me.”

According to Jericho, he and director Ian Loreños are cooking up a sequel to the award-winning indie movie about human trafficking.

“Subject: I Love You” (2011), Jericho said, “gave me the opportunity to penetrate Hollywood.” He then recalled the time he was invited to present an award alongside American actress Jada Pinkett Smith at an antihuman trafficking event in Hollywood.

“I do plan my career,” he went on. “When I turn 40, I hope to produce box-office hit films like Piolo (Pascual, coproducer of the successful “Kimmy Dora” franchise). But I know it’s a matter of finding the right people to work with you. Who knows, I might also get involved in TV production? But my dream really is to work behind the camera. I want to be able to share my heart with my audience.”