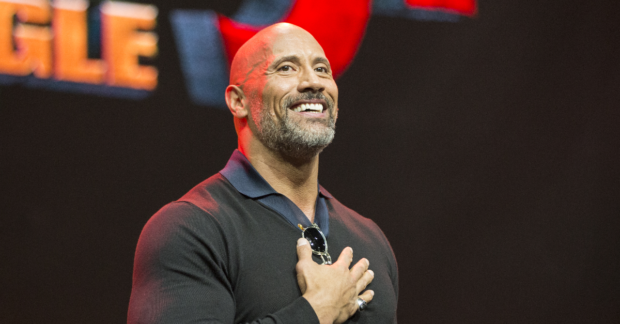 Dwayne “The Rock” Johnson has been named Hollywood’s top-paid actor for a second year running, heading a list dominated by lucrative Netflix contracts.

The former professional wrestler banked $87.5 million in the year ending June 2020, according to Forbes’ annual ranking.

That figure — slightly down from last year’s $89.4 million haul, but comfortably ahead of second-placed Ryan Reynolds ($71.5 million) — was boosted by Johnson’s $23.5 million fee for upcoming Netflix action flick “Red Notice”, as well as endorsements.

Netflix shelled out more than a quarter of all the paychecks collected by this year’s top 10.

“Hamilton” creator Lin-Manuel Miranda made his debut on the list after Disney paid $75 million for the movie rights to the smash-hit Broadway production, which soared on Disney+ streaming last month.

Perennials such as Bollywood megastar Akshay Kumar and martial arts legend Jackie Chan returned to the top 10, as did Will Smith and Adam Sandler.

Largely absent this year were the cast of Marvel’s “Avengers” films — who dominated last year — with the record-breaking franchise taking an extended break from the big screen.

But Vin Diesel, lynchpin of the ever-popular “Fast & Furious” franchise, returned at number five with $54 million.

The ranking does not include actresses, who will be featured in a separate list next month.

Read Next
Original ‘Avatar: The Last Airbender’ creators exit production of live-action adaptation
EDITORS' PICK
Siomai King Express debuts with mouth-watering seasonal products
Tugade ‘personally’ disagrees with LTO’s bid for e-scooter registration
No exodus of POGOs: Palace says only over 20 left PH
What’s happening to the ICT Industry and its role in helping businesses today
Comelec exploring possibility of holding 2022 elections for 2-3 days
Water remains our saving grace right now
MOST READ
ABS-CBN chairman Gabby Lopez resigns from network, other Lopez-owned firms
US Congress bill seeks to halt assistance to PH police, military
‘That’s treason:’ Locsin curses as he bucks putting off 2022 polls amid COVID-19
‘No need for masks’ if you love God and have faith, ex-Lipa bishop says amid COVID-19
Don't miss out on the latest news and information.