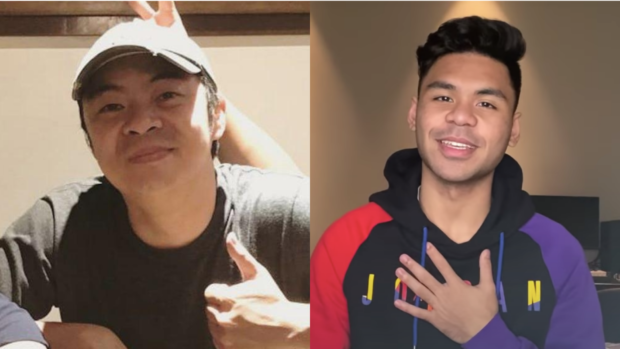 “Orig [niya] ba [‘yun]? Kung oo, sobrang astig. Kung hindi, ok lang…ang galing [niya] pa rin (Was that his original [song]? If yes, super cool. If not, it’s ok… he is still good),” he added, though he did not specify which of Michael’s tracks he was referring to.

Michael went viral last week for singing his latest tune “Hate” on the radio station Wish 107.5. The station posted a video of his performance on its YouTube channel on Aug. 5.

The video has gained over 7.9 million views, as of this writing. “Hate” is part of Michael’s debut album “Dreams,” which has no release date yet as of the moment.

Prior to the said performance, he worked with his friend Michael Bars to produce the song “Pac-Man,” which was inspired by his father, boxing legend and senator Manny.  /ra

Chito Miranda warns of fake account posing as him

Read Next
Michael V. clarifies suspicion on contracting virus from deliveries: ‘Duda, hindi factual’
EDITORS' PICK
Geek out at TOYCON 2022 powered by Smart Signature
House energy committee chair Arroyo bats for cheap electricity
UK’s Boris Johnson will resign, BBC reports
High inflation: Your P1 is now worth only 87 centavos
Unemployment rate up to 6% in May
High-risk pregnancy: Reducing your risk is in your hands
MOST READ
Suspect in grisly killing of missing woman in Bulacan arrested
Kim Atienza’s daughter flaunts bikini body in response to critics of her ‘revealing photos’
Japanese artist who created ‘Yu-Gi-Oh!’ found dead in the sea
FDA probes popular Filipino noodle brand for ‘high level of ethylene oxide’
Follow @RArcadioINQ on Twitter
Don't miss out on the latest news and information.