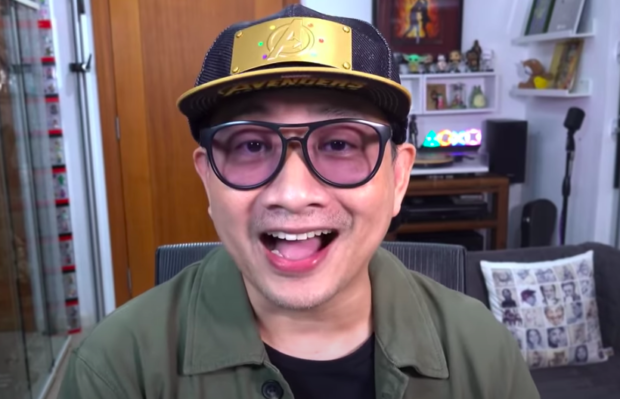 Kapuso comedian Michael V., who has finally recovered from COVID-19, clarified to the public that his statement on getting infected with the novel coronavirus from deliveries are just suspicions.

Michael V. reiterated in his latest vlog, posted Aug. 10, that this is just his guess and is still unconfirmed in response to a YouTube user who accused him of causing deliveries to plummet with his claim.

(I just want to ask because what you said had a double meaning; from where exactly did you get the virus, the item that was delivered or the rider who delivered it to you? Because all deliveries were affected because your statement was aired on national television.)

(I hope next time you just say directly what the answer is because many people got confused and deliveries plummeted because of your statement. It is not that I am blaming you, but I kind of am.)

Michael V. then pointed out that what he mentioned was a mere suspicion in the first place while also noting that he is still having items delivered to his home until now.

(You know, what I said was clear, it had no double meaning. I said that it was my suspicion – not factual and can be correct or not – my suspicion is that I got the virus from deliveries.)

He said that before an item got to him, the delivery process had different points that the virus might have rubbed in: first, the seller; second, the logistics facility; third, the delivery man himself; fourth, the lobby guard; fifth, their helper; and sixth, the item itself.

(All of that can happen in 24 hours and all the six I mentioned can possibly be carriers of the virus, so my suspicions were on the whole process of delivery, not just one person.)

Michael V. shared the said suspicion on deliveries in a previous vlog after he ruled out all the other possible contacts he had had that might have given him the novel coronavirus.

(FYI, until now I still have items delivered to me. But my suggestion is that before you use or touch your orders, make sure they are clean and do not have the virus.)

Michael V. in the same vlog disclosed that his quarantine is over and he has recovered from COVID-19. After getting a handful of fans’ artworks for him during his recovery, the comedian asked fans to make some for health workers as well, as a way of paying tribute.

He also posted his own “MEDICAL FRONTLINER FAN ART” on his social media pages, telling fans that they can download and color it, or create entirely new artworks if they prefer.  /ra